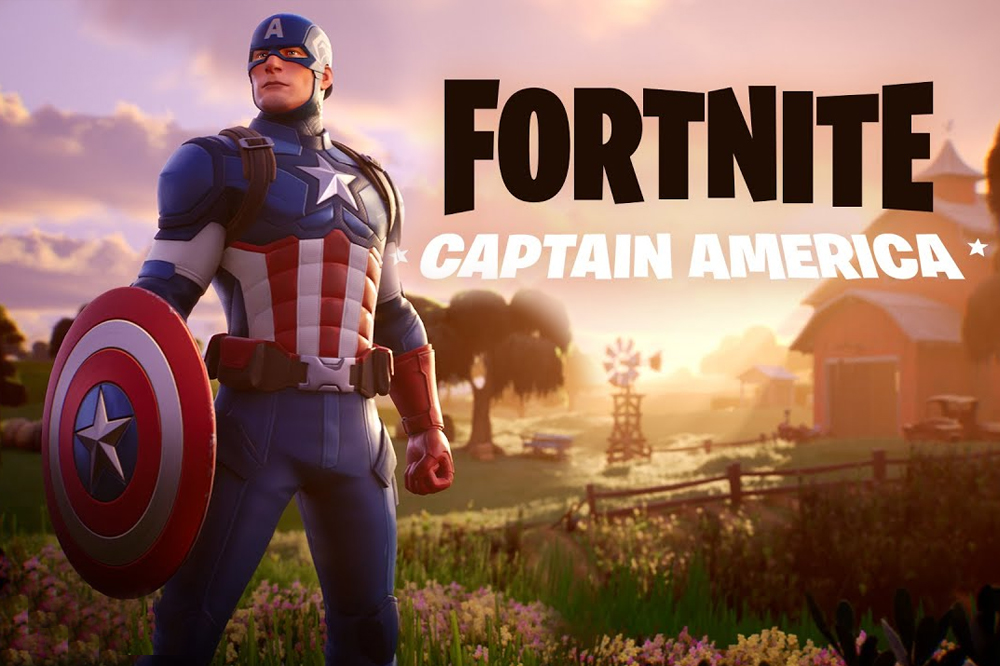 In an effort to bring law and order to Fortnite …

Who wants law and order in Fortnite?

OK, we digress. Let’s start over.

In an effort to bring law and order to Epic Games‘ industry-changing Fortnite game, a Captain America skin is now available in the free-to-play battle royale game.

The superhero is not free (aha!!! there’s a catch!!!), as the Captain America skin costs 2,000 V-bucks (approximately 20 USD) from the Fortnite in-game store. If you buy the skin, you’ll also get Captain America’s iconic shield, which is not just for show. You’ll be able to wear it on your back and use it as a pickaxe in-game. Captain America’s shield has actually already appeared in the game before (those sneaky bastards!), as you could wield it last year as a special item in a limited time Avengers-themed mode, but you weren’t able to buy it to wear whenever you wanted.

There’s also a new Captain America-themed fireworks emote for sale for 300 V-bucks. Fortnite has a long history of offering skins based on popular comic book characters. Deadpool was available as part of last season’s battle pass, and Aquaman will eventually be playable as part of this season’s battle pass. Epic Games also sold Marvel’s Black Widow and Star-Lord as part of last year’s Avengers crossover and X-Force skins last season. Epic has offered DC skins, too, including Harley Quinn, Catwoman and Batman.

We’re HustleTweeting about Captain America in Fortnite, and you’re more than welcome to join the conversation on the Hustle Twitter HERE and also on our hyper-interactive Facebook page HERE!