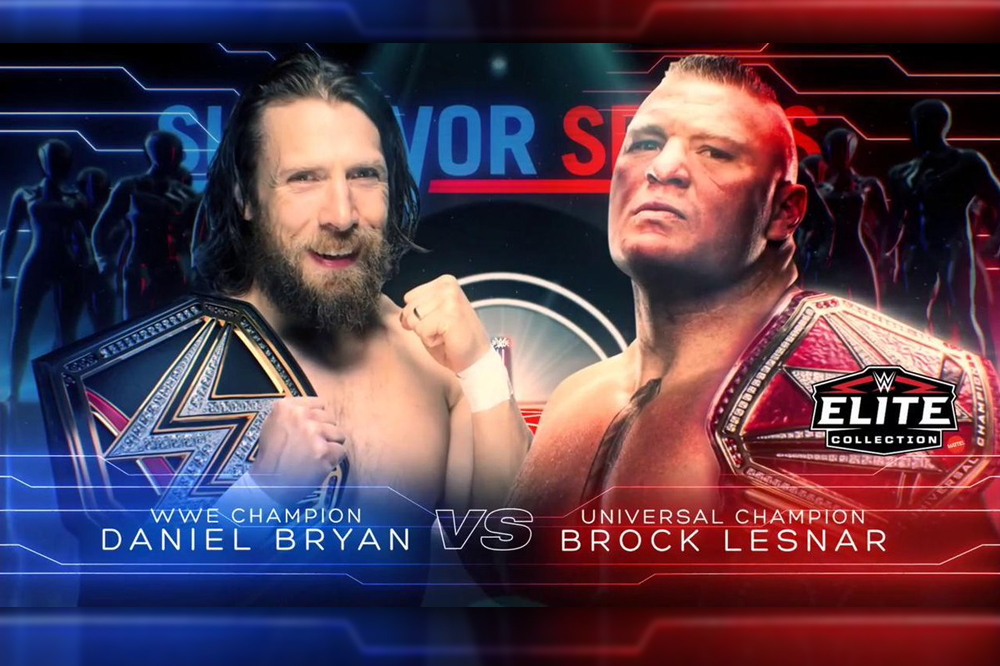 Earlier tonight, WWE Champion AJ Styles was thrown for a loop when Paul Heyman (our boss and also the Advocate for Brock Lesnar) showed up on Smackdown (click here to see the clip) and caused a fight between Styles and Daniel Bryan. The fight between the two led to a title match, live on TV, featuring Styles vs Bryan. According to WWE.com:

Following a volatile brawl with Daniel Bryan earlier in the evening, WWE Champion AJ Styles defended the WWE Championship against The Beard in the main event on SmackDown LIVE.

With the title and the opportunity to battle Universal Champion Brock Lesnar at Survivor Series on the line, the two Superstars engaged in a breathtaking contest that had the WWE Universe captivated from start to finish. Styles seemingly gained the advantage when Bryan tweaked his leg, but The “Yes!” Man would simply not relent, and he continued to battle through the immense pain. Styles looked to be in prime position for victory when he blocked the Running Knee with a perfectly placed dropkick to Bryan’s injured knee and followed up with a Calf Crusher, but Bryan reversed it and continued fighting.

In the pivotal moments, Styles went for The Phenomenal Forearm, but Bryan dodged it and caused Styles to inadvertently strike the official. With the referee temporarily down, Bryan shockingly took the opportunity to kick The Phenomenal One below the belt before dropping him with the Running Knee to complete his long road back to the WWE Title. Bryan then doubled down on his shocking decision, brutalizing the already downed Styles after being awarded the championship.

With a sadistic smile on his face, Daniel Bryan is the new WWE Champion… and what does it mean for SmackDown LIVE?