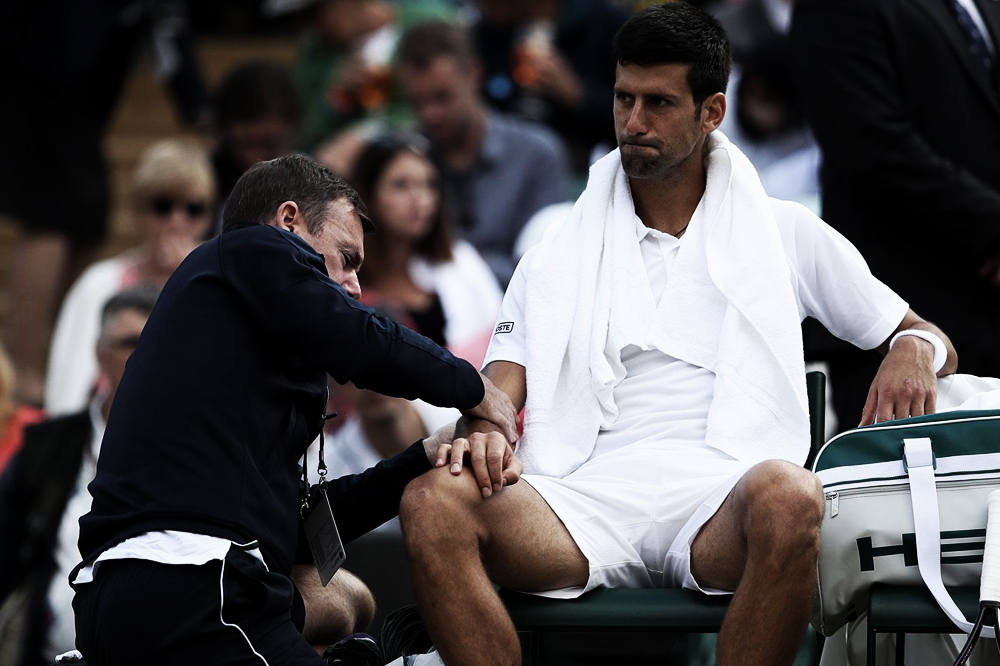 Novak Djokovic‘s highly-anticipated return to the tennis court never happened, and his appearance at the Australian Open is now in jeopardy.

Djokovic, who has won 12 Grand Slam titles, has been absent from the ATP Tour for the past six months and was due to play an exhibition match against Roberto Bautista Agut on Friday.

“I am terribly disappointed that I am forced to withdraw from the Mubadala World Tennis Championship,” Djokovic said in a statement released Friday morning. “Unfortunately, in the past few days I started to feel pain in the elbow, and after several tests, my medical team has advised me not to risk anything, to withdraw from the tournament and to immediately continue with the therapies.”

Tournament organizers replaced Djokovic with British No. 1 Andy Murray, who shockingly lost 6-2 to Bautista Agut in their impromptu exhibition match.

Although Djokovic did not reveal how long he would be sidelined for, he raised questions about whether he would be fit to take part in the Australian Open when it starts on January 15th.

“Now I need to accept this situation and to wait for the results of the therapies in order to start playing tennis again and getting back to full rhythm,” he said. “This might affect the start of the season and the tournament plan, but the decision will be made in the following days.”

We’re HustleTweeting about Novak Djokovic, and you’re more than welcome to join the conversation by following the Hustle on Twitter HERE or by hitting LIKE on our hyper-interactive Facebook page HERE!