Djokovic vs Nadal Rivalry to be Renewed Today at Wimbledon 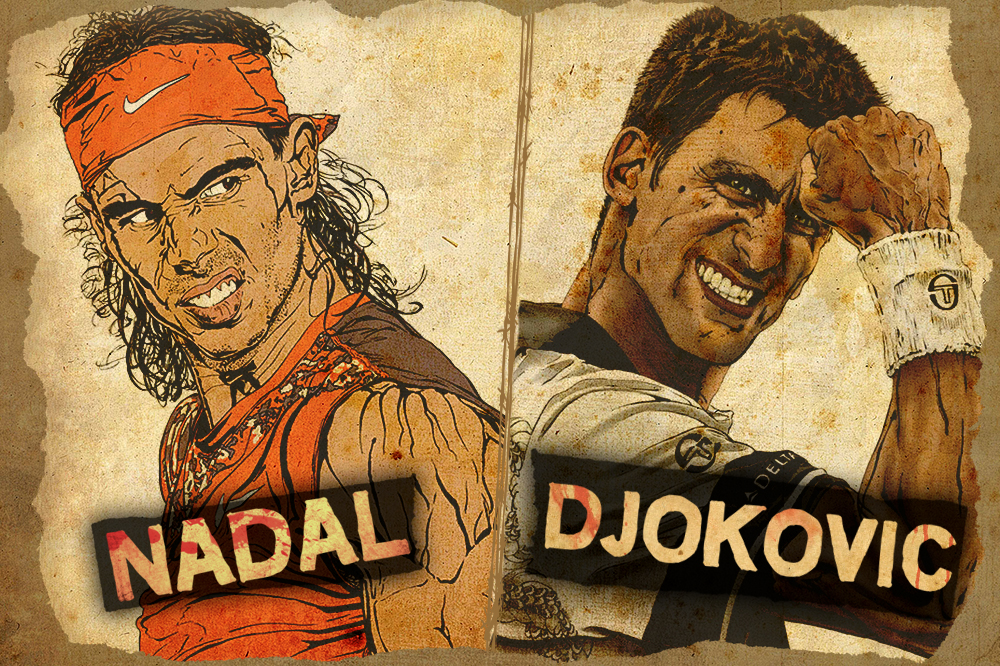 As Brock Lesnar invades UFC and The Heyman Hustle lays claim to Las Vegas, all eyes in the tennis world are on Rafael Nadal and Novak Djokovic. The two longtime rivals will meet today in a highly-anticipated Wimbledon semi-final.

Nadal and Djokovic have met more than any other two men in the Open era … and the pair are ready to finally resume their long-standing rivalry on the Grand Slam stage.

Nadal, 32, and Djokovic, 31, are going to fight it out today, and only one shall advance to the finals!

They have faced each other 51 times, but not as deep into a Slam since the 2014 French Open final.

The winner will play either John Isner or Kevin Anderson in Sunday’s final.

Spain’s Nadal and Serbia’s Djokovic have won 29 Grand Slam titles between them, yet have only met twice at Wimbledon, Nadal winning their 2007 semi-final when Djokovic retired hurt, the Serb gaining revenge in the 2011 final.

“There is no one other match in the history of tennis that has been played more than our match. That’s a big thing,” said second seed Nadal. “We always played in important stages, important places.”