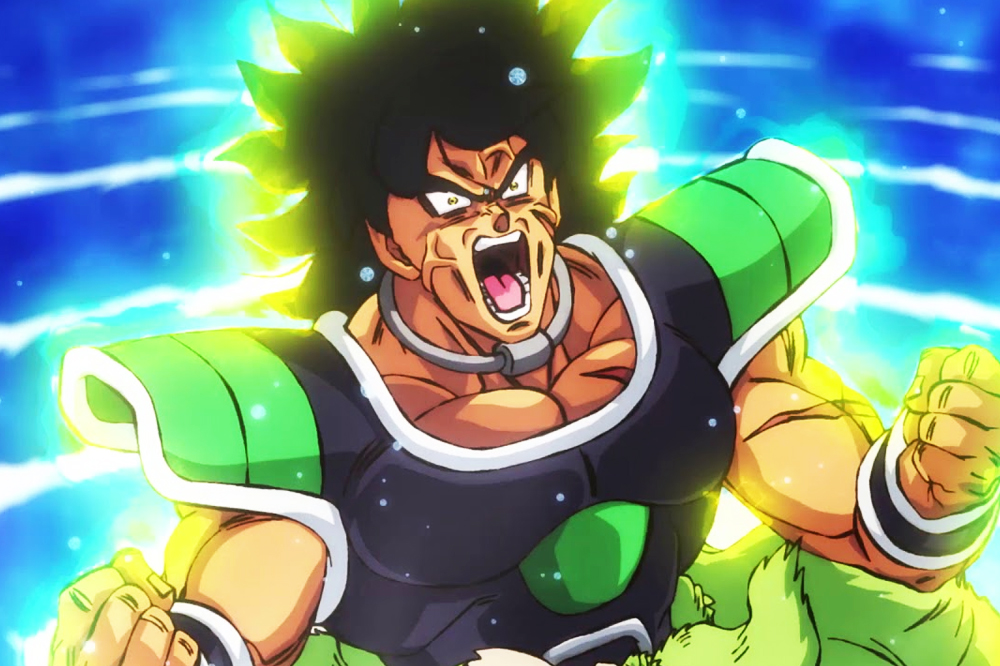 Go to another story HERE … HERE … or even HERE if you’ve clicked on this story and you’re saying to yourself, “no spoilers for me!”

OK, we warned you.

After weeks and weeks of rumors, leaks and conspiracy theories, the appearance of Gogeta in Dragon Ball Super: Broly has been officially confirmed. In the short teaser just released, the fusion of Goku and Vegeta can be seen in their basic, Super Saiyan and Super Saiyan Blue forms. One can only come to the logical conclusion it’s going to take both the Saiyan prince and Kakarot working together to take down Broly in the new film.

While our boss Paul Heyman may tell you “Google it, bitches!” we’ll tell the Dragon Ball newbies right here, right now, that Gogeta is the fusion between Goku and Vegeta. However, this is actually a different fusion than the more familiar Vegito, the union of the two Saiyans that requires the use of the Potara Earings. Instead, Gogeta comes from a perfect execution of the Fusion Dance … yes, the very same dance Goten and Trunks use to become Gotenks.

You have to understand, Gogeta’s appearance in Broly is a big deal. His place in the Dragon Ball canon has been a source of debate for some time, just like Broly before the film was announced. Gogeta has appeared in a few places, notably Dragon Ball GT and the movie Fusion Reborn. Neither of these features are considered true Dragon Ball, while Dragon Ball Super: Broly is canon. And though Gogeta has never appeared in a canonical piece of Dragon Ball fiction, Goku and Vegeta have floated the idea before … making the idea of him canon, just not the execution.

Finally, Gogeta showing up in Broly means something for the sheer power level Broly must have in the film. Goku has struggled to beat a few opponents with his new Super Saiyan Blue and even Super Saiyan God powers … here it comes … with Vegeta in a similar boat. If the two Saiyans put aside their pride to merge and defeat Broly, one can draw the conclusion the Legendary Super Saiyan is going to give Earth’s two greatest heroes a serious run for their money.

Dragon Ball Super: Broly will hit Japanese theaters on December 14th, with the film coming to the US and Canada on January 16th, 2019. We are HustleTweeting about Dragon Ball Super: Broly, and you’re more than welcome to join the conversation on the Hustle Twitter HERE and also on our hyper-interactive Facebook page HERE!