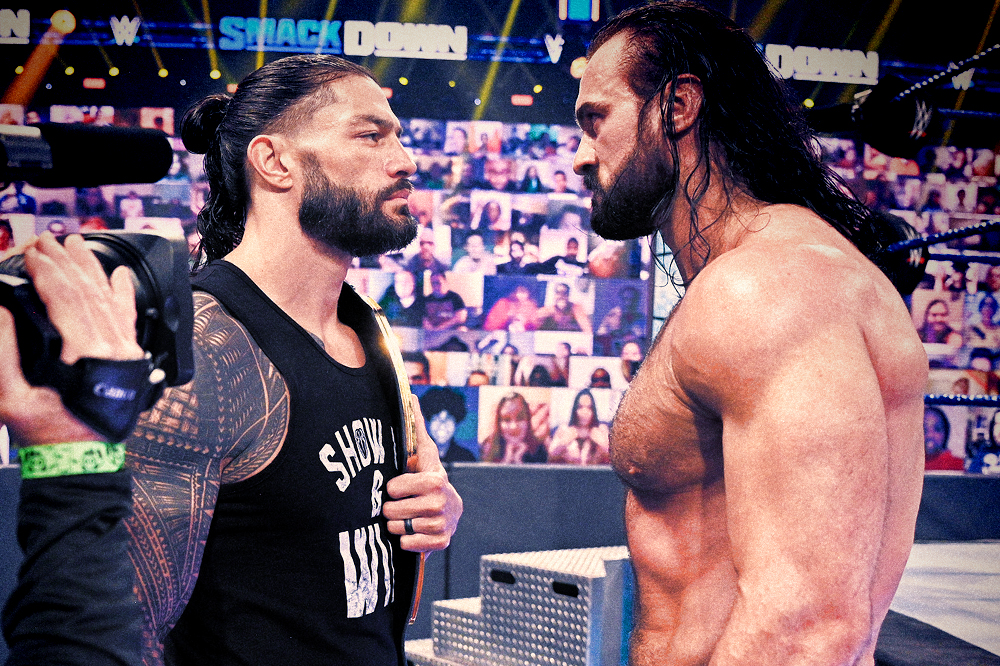 Drew McIntyre won an unsanctioned match against Jey Uso, and went nose-to-nose with Universal Champion Roman Reigns. But for McIntyre to face Reigns at WWE Survivor Series, first he has to beat Randy Orton for the WWE Championship this coming Monday on RAW.

There’s more. For that, we turn the coverage over to our friends at WWE Digital. So … according to WWE.com:

After he overstepped against the indomitable Drew McIntyre and embarrassed his cousin Roman Reigns earlier in the evening, Jey Uso faced off against the Scotsman a special cross-brand Unsanctioned Match.

In the final moments of the hard-fought matchup, The Big Dog emerged and ordered Jey to make his opponent understand. In response, Uso raised his aggression and unleashed a barrage of rights and lefts on his prey. Nevertheless, when he turned around a brief moment, he left himself open for the Claymore Kick, which gave McIntyre the victory.

After a post-match faceoff with Reigns, McIntyre is clearly determined to defeat Randy Orton for the WWE Championship on Raw.