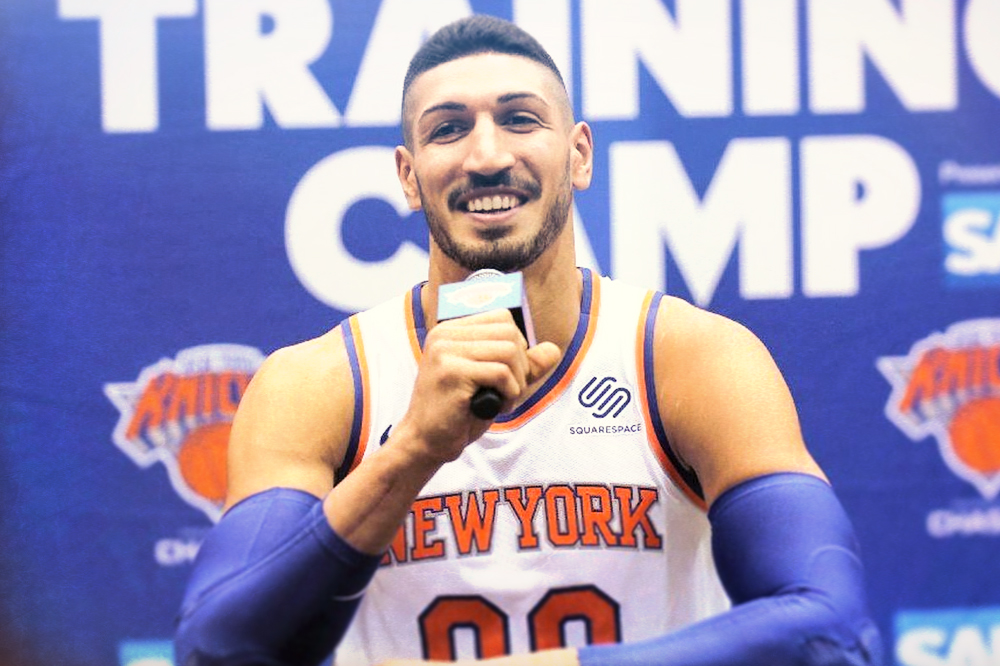 The New York Knicks are the Manhattan-based basketball team for the NBA whose home court is the World’s Most Famous Arena, Madison Square Garden. The Center for the Knicks? Enes Kanter, now being labeled “The Walking Soundbite” by The New York Daily News, also a New York institution, but one that seems to delight in the trials and tribulations of the MSG-hosting b-ballers.

“The Knicks haven’t been to the playoffs since 2013,” the News is quick to point out. “With Kristaps Porzingis missing at least half the season following ACL surgery, Vegas sportsbooks are predicting the Knicks will win fewer than 30 games.”

And just like a #PaulHeymanGuy, Enes Kanter decided to combat that negativity with a headline-grabbing soundbite.

“When I think about the playoffs, my nipples get hard!” he exclaimed.

It was Media Day for the Knicks, and Enes Kanter was here to put on a show!

No fighting from us, just HustleTweeting, and you’re more than welcome to join the conversation on the Hustle Twitter HERE and also on our hyper-interactive Facebook page HERE!