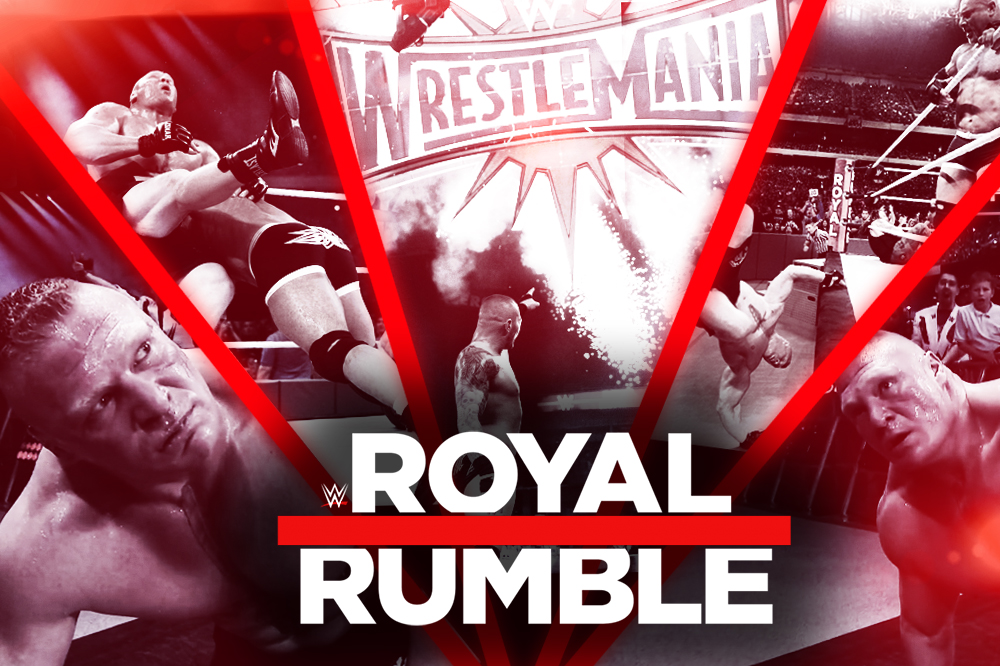 They say history repeats itself. Last night at the 2017 WWE Royal Rumble, that held true in some major ways.

Not only did “The Viper” Randy Orton overcome 29 opponents to win the second Royal Rumble Match of his career, but with shades of their shockingly brief encounter at this past November’s Survivor Series, Goldberg stunned Brock Lesnar yet again within just a few seconds of crossing paths with The Beast.

When Lesnar emerged at #26, we witnessed the “Brock Lesnar with something to prove” that Paul Heyman told us was coming after Lesnar’s humiliating 1:26 loss to Goldberg two months ago in Toronto. The Beast would enter the ring and immediately decimate everyone in his path, quickly eliminating Dean Ambrose and Dolph Ziggler like rag dolls over the top rope, throwing a flurry of hellacious German Suplexes, and delivering a pair of devastating F5’s. With the field leveled, broken bodies surrounding him, and carnage in his wake, Lesnar would survey the destruction before being interrupted by the next man to enter the fray: Enzo Amore. The Certified G would run straight into the storm and instantly be turned inside out, courtesy of a decapitation style clothesline by Lesnar.

Lesnar’s domination would continue until the next arrival: Goldberg. The “Legendary Destroyer” marched toward the ring as The Beast awaited, having already waited two months for payback. But just like that – and just like at Survivor Series – it was all over in a matter of seconds. Goldberg would avoid a clothesline attempt by Lesnar and cut The Beast in half with a ribcage-shattering Spear. As the stunned Lesnar made it to his feet, Goldberg would deliver a clothesline of his own, sending The Beast over the top, eliminating him from the match and once again showing he seemingly has Lesnar’s number.

With a wide-eyed and shocked Lesnar down on the floor, it would be Goldberg’s time to unleash his own personal brand of destruction. That destruction would continue until he was dumped over the top by The Undertaker.

As the field continued to dwindle, it all came down to surprise entrant Roman Reigns (who had came up short in a war against WWE Universal Champion Kevin Owens earlier in the night), Bray Wyatt and Wyatt Family member Randy Orton. As he’s done countless times, Reigns would overcome the odds to eliminate “The Eater of Worlds” before things looked as if “The Big Dog” was about to go down in history as a 2-time Rumble winner. However, a Reigns Spear attempt would quickly be countered into an RKO out of nowhere by The Viper, leading to Orton sending the Samoan Bad Ass over the top rope and punching his ticket to the Show of Shows for the second time in his career.

With the “Road to WrestleMania” having officially kicked off last night at the Royal Rumble, we now wait to witness The Viper‘s path to Orlando and the WWE World Championship, as well as what “The Grandest Stage Of ‘Em All” holds for The Beast after having been bested by Goldberg once again…

We’re HustleTweeting about WWE Royal Rumble and you’re more than welcome to join the conversation by following the Hustle on Twitter HERE or by hitting LIKE on our hyper-interactive Facebook page HERE!