HUGE SPOILERS FOR THE SERIES FINALE OF PEAKY BLINDERS 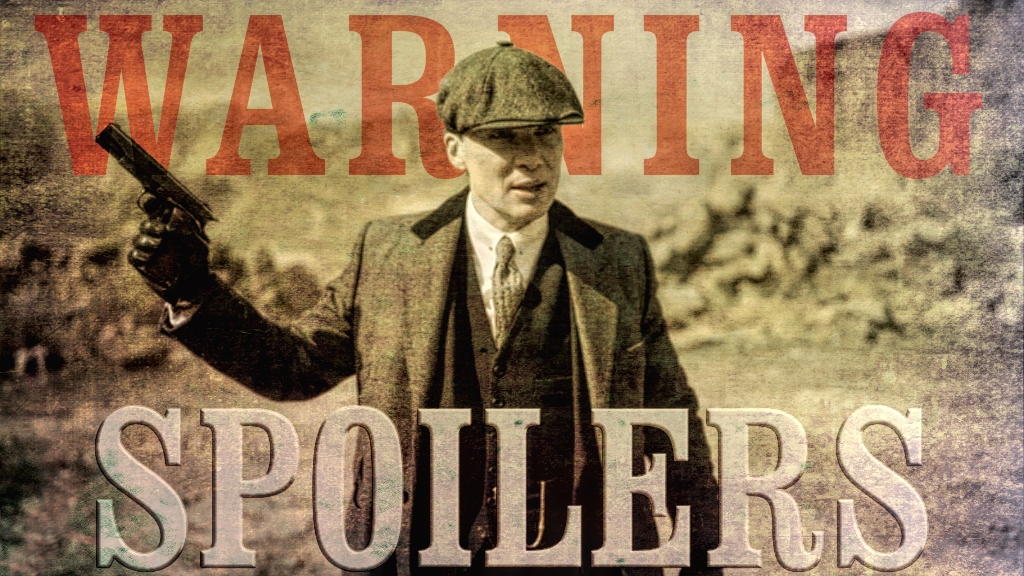 WARNING: IF YOU REALLY, TRULY, ABSOLUTELY DON’T WANT TO KNOW ANYTHING ABOUT THE PLAN FOR “PEAKY BLINDERS” THE MOVIE, CHECK OUT ANOTHER PAGE HERE ON THE HUSTLE ASAP! STOP READING … NOW!!!

The Wrap has posted an exclusive feature regarding how the Peaky Blinders story will continue past the series finale in just a few weeks. According to the exclusive #BreakingNews story:

The finale of “Peaky Blinders” will be a feature-length episode that builds expectations for an upcoming franchise film, director Anthony Byrne says.

Byrne told RadioTimes.com the Season 6 send-off has a run time of 81 minutes.

Show creator Steven Knight also told RadioTimes.com that the upcoming movie will be an “untold story that happened in the Second World War, which the Peakys are going to be involved in”.

Byrne has previously responded to criticism about the change in the show’s tone, especially for the last season.

“You’re taking a show like Peaky that is culturally relevant, it’s a TV phenomenon, and there’s expectation of, ‘I want Arthur kicking the shit out of people and I want Tommy being Tommy and more Peaky stuff,” Byrne told NME.

“Season 4 was that. Season 4 was a gangster season with the Italians and the Peakys,” he added. “There was a lot of gangster stuff with guns and all of that. And then season five was about the rise of fascism and it was darker.

“There’s always going to be an element of people who want just the same stuff, but we’re not in it for that because it has to evolve, and it has to change,” he told RadioTimes.com. “And it has to challenge the audience’s expectations and take you on a far deeper experience than you’re expecting to go.”

“Peaky Blinders” Season 6 continues on BBC One on Sunday, March 27. The final season will head to Netflix on June 10.