Lesnar and Reigns Throw Down on WWE Smackdown 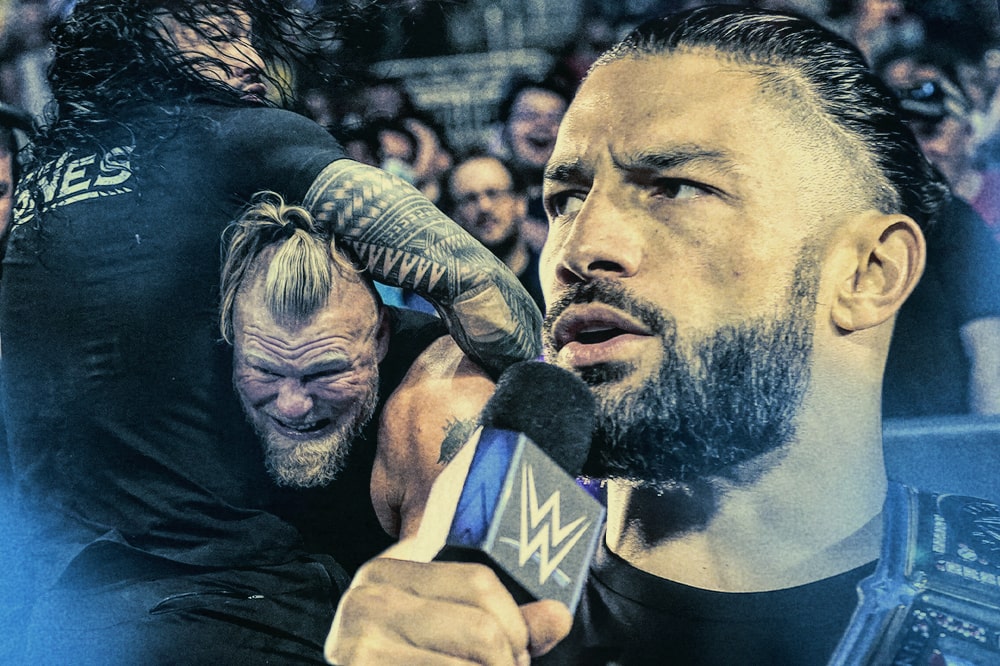 WWE Universal Heavyweight Champion Roman Reigns was in the mood to celebrate his controversial victory over Brock Lesnar at WWE Crown Jewel but The Beast had other plans.

In response to Lesnar’s comments that he would “beat Roman Reigns senseless” as soon as he arrived on SmackDown, The Head of the Table opted to wait for the Beast provoking him to make good on his promise. Just as Reigns was about done waiting, Lesnar hit the ring and all-out mayhem ensued with the Beast destroying anything and everyone in his path to get his hands on Reigns stopping only to exchange a tense look with Paul Heyman.

Due to The Beast’s rampage, WWE Official Adam Pearce had no choice but to indefinitely suspend Brock Lesnar. Unfortunately for Pearce, Lesnar did not take his suspension lightly returning to the ring to deliver two monstrous F-5’s to Pearce leaving him writhing in pain as The Beast stormed off.

We’re HustleTweeting about Roman Reigns – Paul Heyman – Brock Lesnar, and you’re more than welcome to join the conversation on the Hustle Twitter HERE … on our ridiculously sensational Instagram HERE … or on our Facebook page HERE!