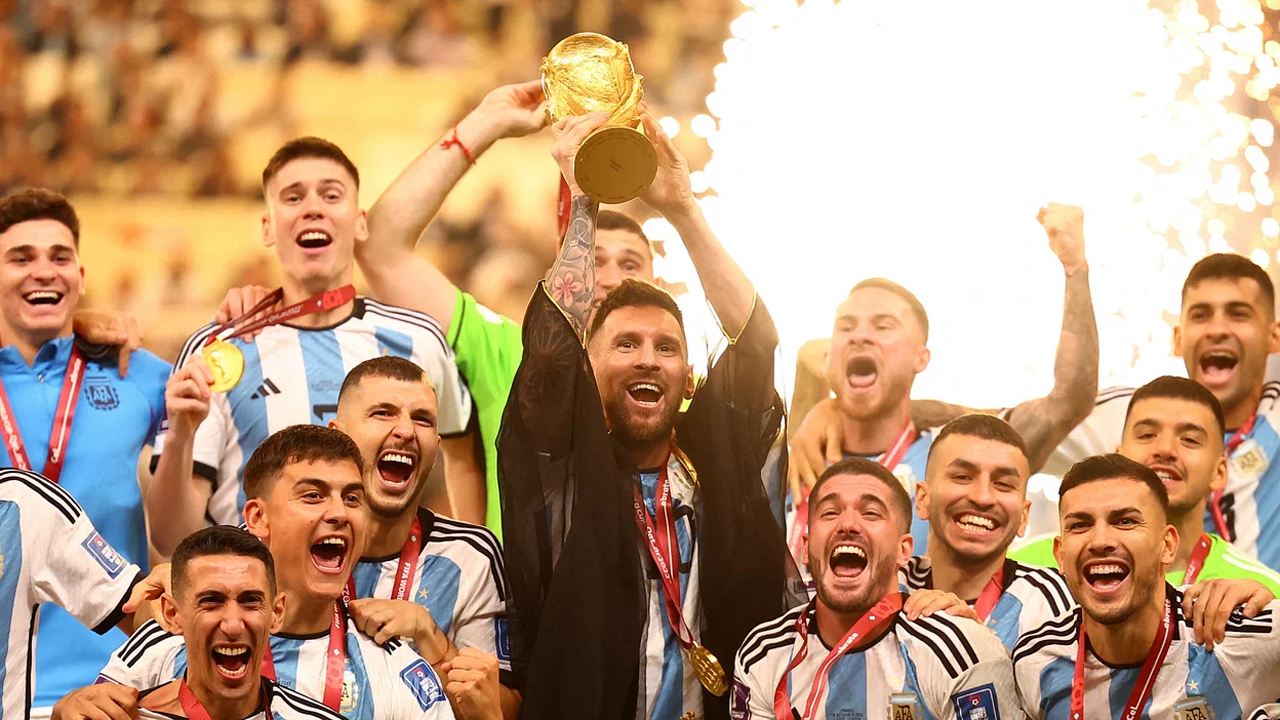 Lionel Messi hoists trophy after Argentina wins the 2022 FIFA World Cup by defeating France 3-3 in PKs. Argentina won its first World Cup since 1986. And now the debate rages on. Who is this generation’s greatest soccer player or footballer or futbol superstar? Messi? Ronaldo? Neymar?

We here at the Hustle have brought you round-the-clock coverage of the 2022 FIFA World Cup. Did you know Ronaldo acknowledged the Tribal Chief?