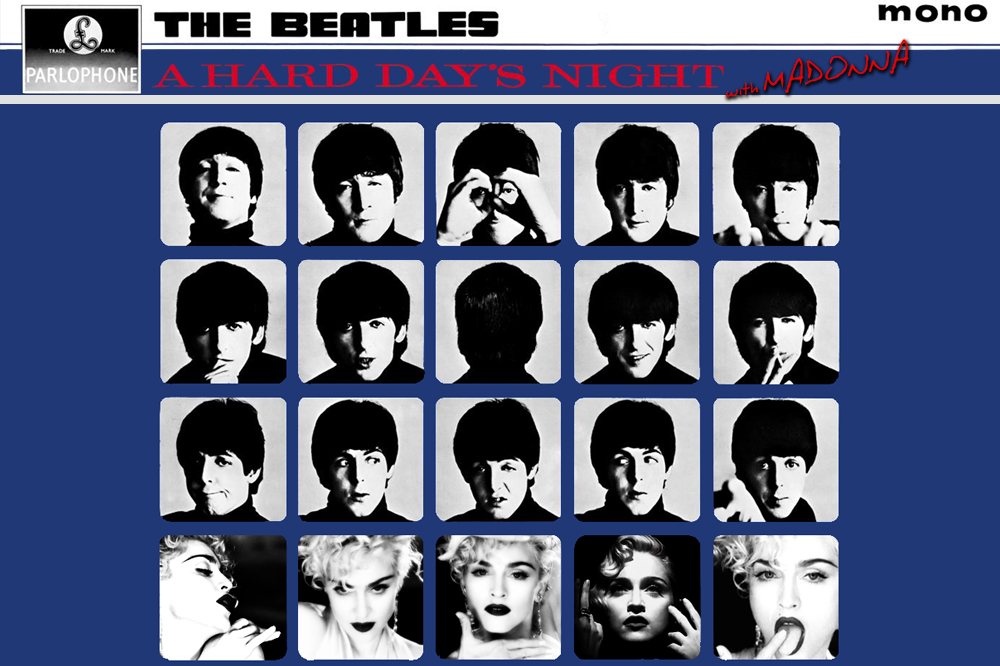 It’s always interesting when legends cover legends, so when Madonna covered “A Hard Day’s Night” by The Beatles, we just had to pay attention. Madge was in London to spend time with her 16-year-old son Rocco during his first week of school. On Thursday night, however, The Material Girl attended the premiere of director Ron Howard‘s new documentary on The Beatles.

The film, The Beatles: Eight Days a Week – The Touring Years, chronicles John, Paul, George and Ringo during the years of their initial success, focusing on their history-making world tours and their power as a live act.

So moved by the movie, so inspired by The Beatles, the 58 year old pop culture icon and two gal pals performed an impromptu cover of The Beatles‘ 1964 track “A Hard Day’s Night.” This video truly falls under the category of having to be seen to be believed.

We’re HustleTweeting about Madonna and you’re more than welcome to join the conversation by following the Hustle on Twitter HERE or by hitting LIKE on our hyper-interactive Facebook page HERE!