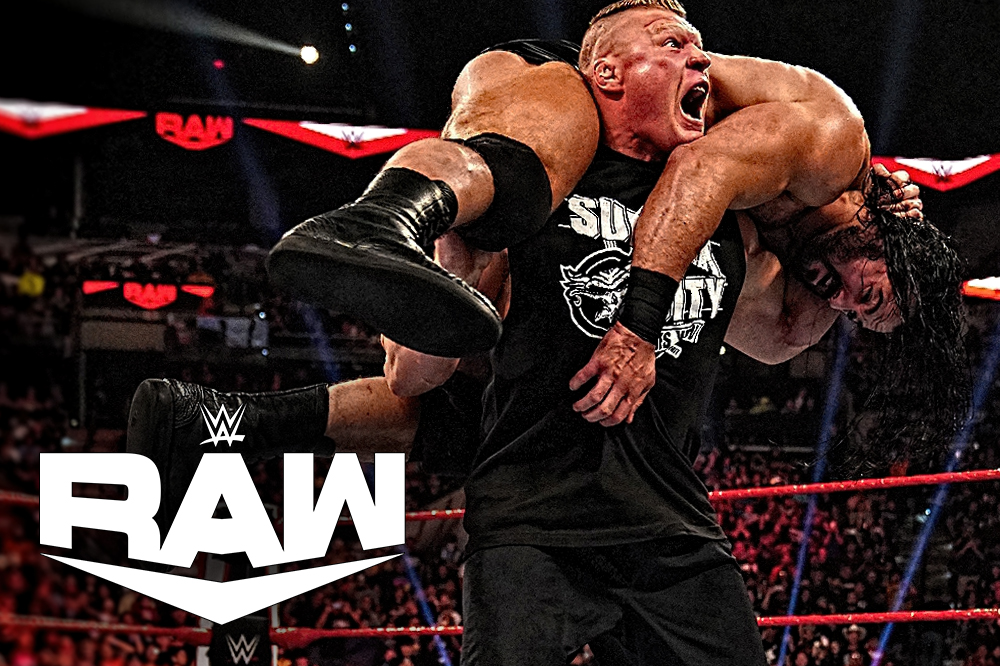 2020 Men’s Royal Rumble Winner Drew McIntyre made it official on WWE Monday Night RAW. He will face Brock Lesnar for the championship at WrestleMania. This was no surprise to Lesnar (nor his Advocate, our boss Paul Heyman). It should also be no surprise there would be a price to pay for McIntyre eliminating Lesnar from the Rumble … nor that Lesnar would decide to inflict a measure of revenge at his first opportunity. According to WWE.com:

Drew McIntyre has made his choice, and it was seemingly an easy one. Within moments of Raw’s opening, the winner of the 2020 Men’s Royal Rumble Match declared he would use his Rumble victory to challenge WWE Champion Brock Lesnar at WrestleMania, setting up the Scot for the first World Championship opportunity of his career on the biggest possible stage against the most ferocious possible opponent.

McIntyre’s path to WrestleMania is set to be a rocky one. After dispatching Luke Gallows & Karl Anderson in an impromptu Handicap Match-slash-“Claymore Party,” McIntyre found himself ambushed by Lesnar himself, who mercilessly F-5’d McIntyre in a display of dominance that left the Scotsman gasping for air and, perhaps, coming to the realization that he’s about to get exactly what he wants. And he may discover that the only thing more painful than the destination is the journey.