No Rematch For Brock Lesnar 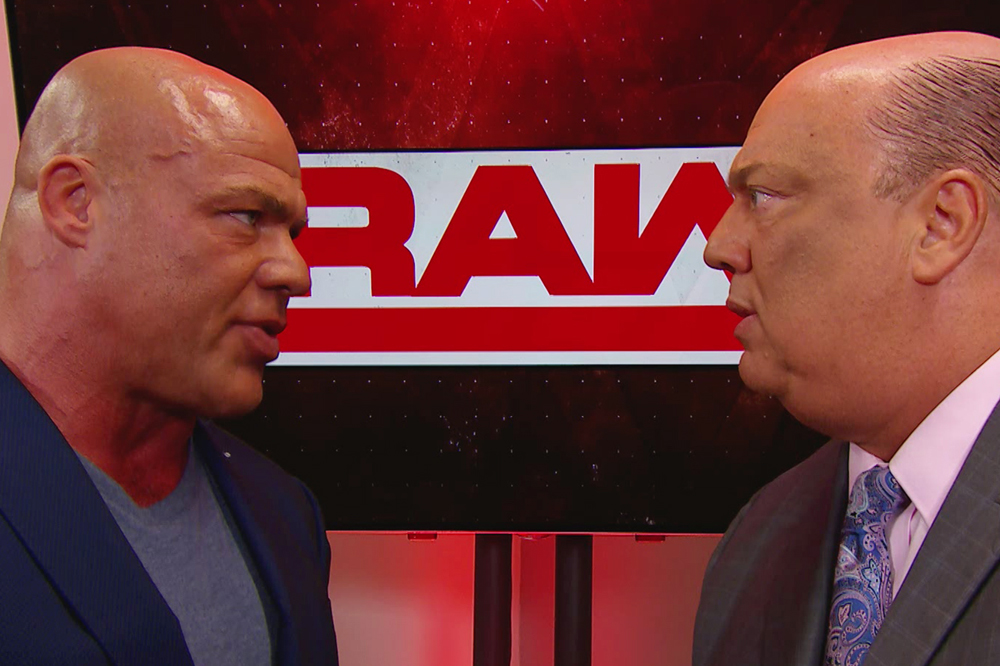 In one of his last acts as WWE RAW General Manager, Kurt Angle seemed to take great pleasure in getting revenge for Brock Lesnar‘s attack with an F5 as Angle told Brock’s Advocate (and our boss) Paul Heyman that Brock will have to wait an awfully long time before he gets his contractually obligated rematch clause again new champion Roman Reigns!

We’re HustleTweeting about Brock Lesnar, and you’re more than welcome to join the conversation by following the Hustle on Twitter HERE or by hitting LIKE on our hyper-interactive Facebook page HERE!