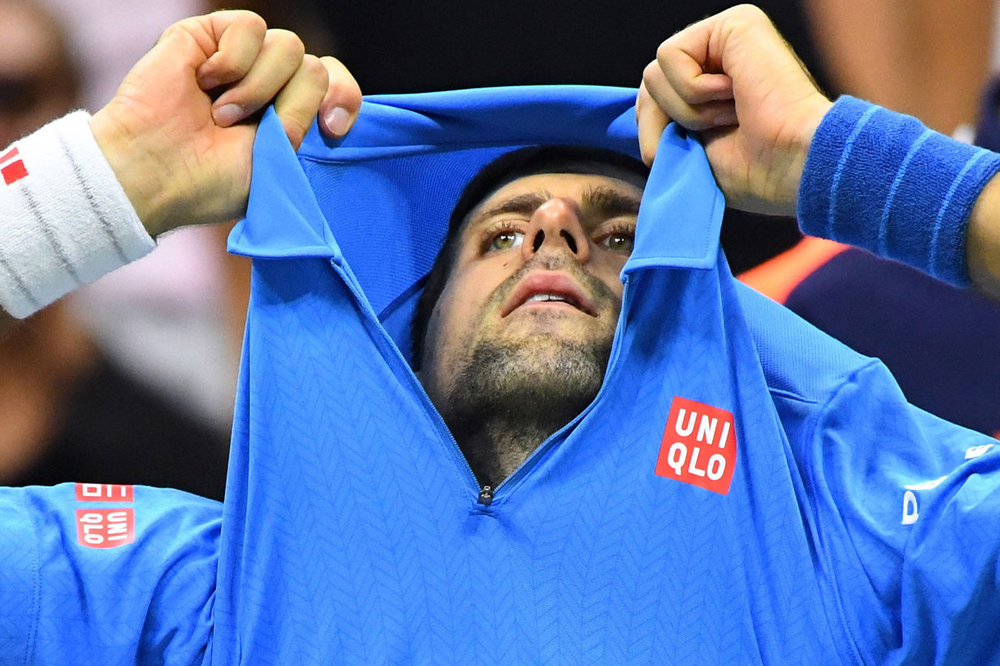 When number three seed Stan Wawrinka defeated number one seed Novak Djokovic to win the US Open championship, the media immediately started analyzing what happened. And the media wasn’t alone. Also assessing the situation? Djokovic himself.

Djokovic, who lost 6-7 (1), 6-4, 7-5, 6-3 to Wawrinka. suffered noticeably during their clash at the finals as he only converted 3 of 17 break chances. This falls under the category of “shocking,” as Djokovic is known as one of the greatest returners of all time.

”I lost my nerves in the important moments. He kept his cool. I think that’s what decided the match,” said Djokovic. ”I guess sometimes it happens, even though you have the experience and know what to do. Just the heat of the moment and importance of the match, I guess, was too strong for me at certain periods of the match. Just if you lose your cool, the match can go away.”

It’s a rather startling admission from someone who owns 12 major titles and a career Grand Slam, who has spent more than 200 weeks at No. 1 in the ATP rankings, who was the first man to exceed $100 million in career prize money in tennis.

And, especially, someone who earlier this season was considered close to unbeatable. Until losing in the third round at Wimbledon against Sam Querrey, Djokovic had won 30 consecutive Grand Slam matches, becoming only the third man … and first in nearly 50 years … to win four consecutive major titles.

But Djokovic acknowledged that he became too passive at pivotal segments of the match against number 3 Wawrinka, who collected the third major trophy of his career and first at the US Open.

”He was more courageous, because he stepped in and played aggressive,” Djokovic said, ”where I was kind of more waiting for things to happen.”

Coming into Sunday, Djokovic had won nearly 50 percent of his return games in the tournament. Against Wawrinka, he only managed to win 3 of 22.

”Terrible conversion of the break points,” Djokovic said. ”Just terrible from my side.”

He has appeared in 21 Grand Slam finals, second in the history of men’s tennis only to his arch-rival Roger Federer, but now has a record of 12-9 in those all-on-the-line matchups.

Late Sunday evening, Djokovic was asked to assess his season, which includes a 56-6 record, along with titles at the Australian Open, French Open and five other tournaments. He picked up a sore left wrist shortly before a first-round loss at the Rio Olympics last month, then dealt with problems with both shoulders and his right elbow over the past two weeks, before the foot issues in the final.

”Winning two out of four Grand Slams is a pretty good year, and playing another final … I have no complaints. Obviously I wish that I could win another title, but this is what it is. You have to shake hands and accept the loss from a better player and move on,” Djokovic said.

”It’s not the first time, it’s not the last time I’m going to lose a match. Big match,” he continued. ”Hopefully I can learn from it. Hopefully I can get better, because that’s the cycle of life, I guess, for us athletes.”

We’re HustleTweeting about Novak Djokovic, and you’re more than welcome to join the conversation by following the Hustle on Twitter HERE … or by hitting LIKE on our hyper-interactive Facebook page HERE!