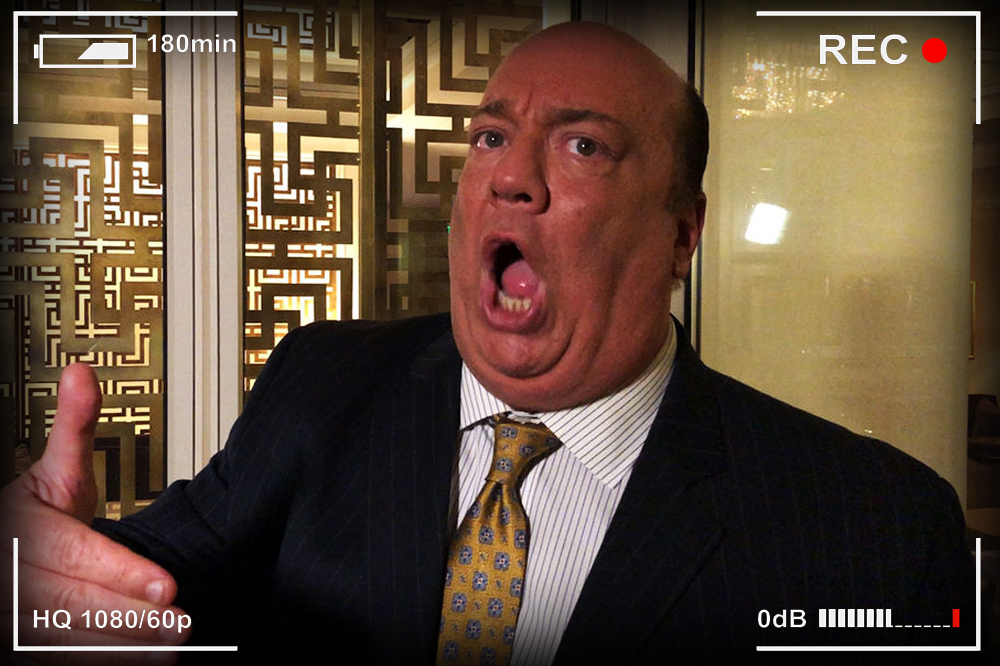 TMZ caught up with our boss Paul Heyman in Dallas, Texas at 4 in the morning after WWE Monday Night RAW, asking about UFC‘s Francis Ngannou challenging Brock Lesnar. Never one to lose focus, Paul kept the subject matter to what’s relevant, which is the fact Brock had just beat up Roman Reigns on RAW, and we are steamrolling our way into WrestleMania on April 8th!

We’re HustleTweeting about Brock Lesnar vs Roman Reigns, and you’re more than welcome to join the conversation on the Hustle Twitter HERE and also on our hyper-interactive Facebook page HERE!