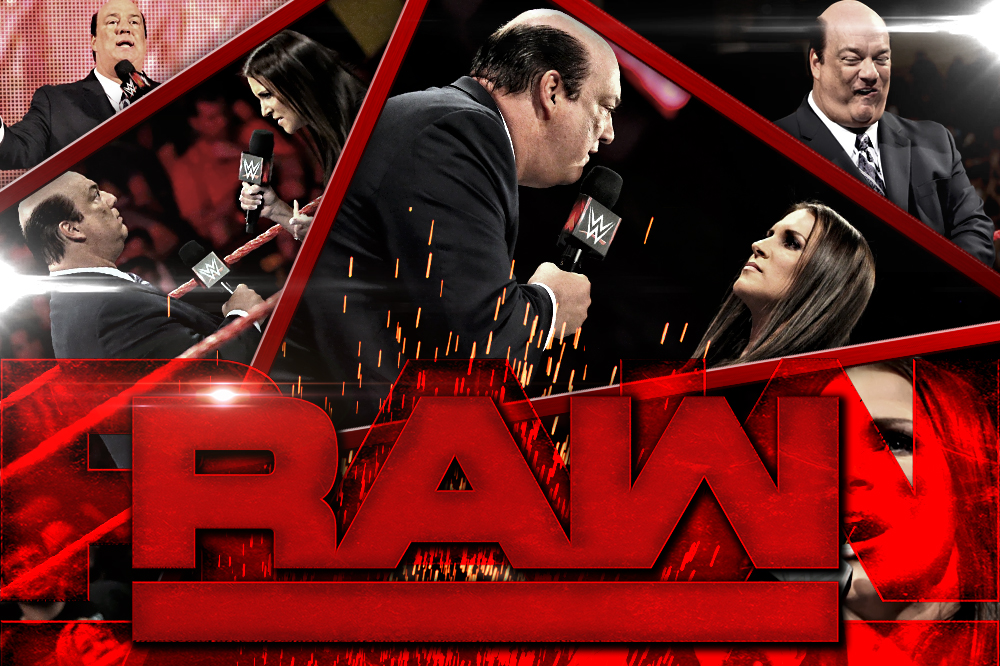 Our boss Paul Heyman was summoned to Houston, Texas by WWE Monday Night RAW Commissioner Stephanie McMahon to address Brock Lesnar hitting Shane McMahon with an F5 at SummerSlam. And so, The Advocate appeared on command, and that’s where the fun began.

Apparently, attacking a referee and F-5ing Shane McMahon is only worth about $500 in penalties these days. So it’s understandable that Paul Heyman showed up to pay Brock Lesnar’s fine with a spring in his step over not having to shell out more. That said, “The One Behind the One in 23-1” may have overestimated how cavalier Stephanie McMahon would allow him to be following Lesnar’s attack of her brother.

When Heyman attempted to pay off The Beast’s punishment in singles and give a backhanded, roundabout apology, Stephanie got in his face. The promise of further punishment at her hand was enough to goad Heyman to cut to the chase and apologize, though the sinister smirk on his face after Stephanie left suggested Heyman might have more of a long game in mind than anyone realizes.

Of course, we’re HustleTweeting about WWE Monday Night RAW, and you’re more than welcome to join the conversation on the Hustle Twitter HERE and also on our hyper-interactive Facebook page HERE!