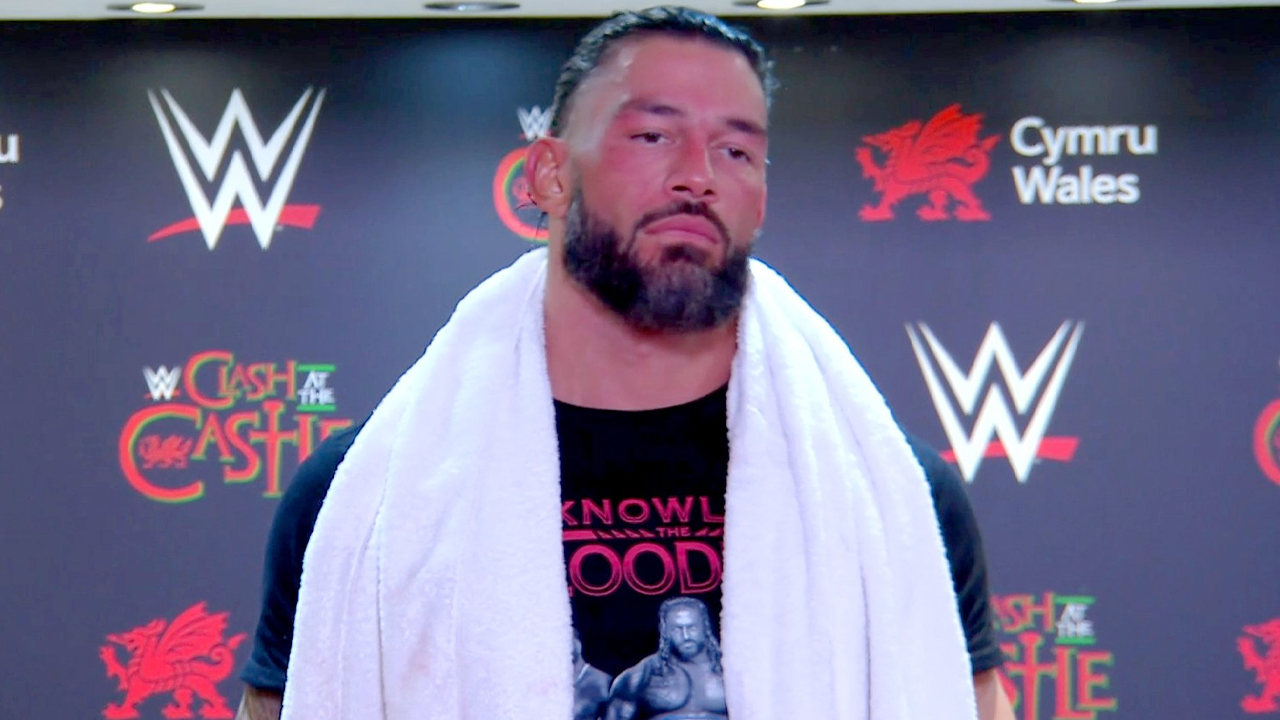 WWE’s UNDISPUTED Heavyweight Champion Roman Reigns successfully defended the title against Drew McIntyre at Clash at the Castle, and then participated in a post-event press conference hosted by WWE‘s new head of creative Paul “Triple H” LeVesque. As the press conference got started, a reporter asked Reigns a question. It should be noted that Reigns defended the title without his #SpecialCounsel Paul Heyman at ringside (because of the F5 from Brock Lesnar at SummerSlam) and The Usos (who were taken out of action by McIntyre on Smackdown). Reigns was assisted by the Usos‘ younger brother Solo and everyone had questions.

Reigns had one answer.