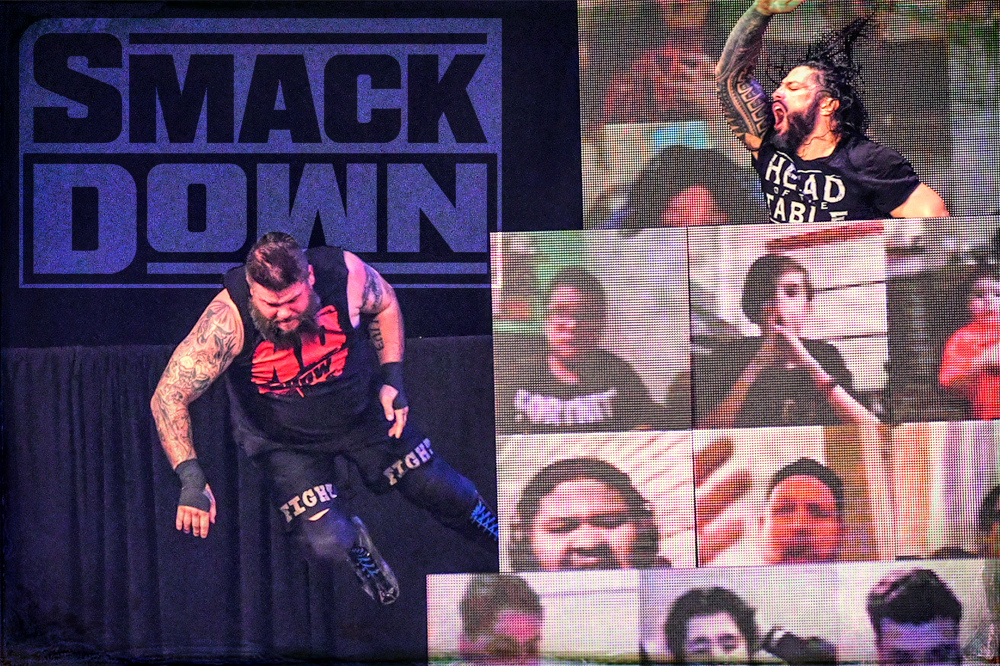 WWE Universal Heavyweight Champion Roman Reigns (accompanied by our boss, his #SpecialCounsel Paul Heyman) had a busy night on WWE Smackdown on FOX. Earlier in the night, Reigns opened the show with a heavy statement about all he touches turns to greatness … but the show ended not in greatness but in a brutal attack on Kevin Owens. According to WWE.com:

After Roman Reigns retained his Universal Championship against Kevin Owens in controversial fashion last week, KO claimed The Head of the Table needs Jey Uso to keep the title and challenged “Main Event” Jey Uso to a match.

After defeating Uso with the Stunner, Owens handcuffed his defeated opponent to the ring ropes and proceeded to punish him in an effort to get Reigns to come to him.

But when he handcuffed Uso’s hands together and looked to continue the onslaught out in the ThumderDome, Roman Reigns ambushed him. Together, Reigns and Uso absolutely destroyed KO, slamming him into the LED screens before The Big Dog hurled his adversary off a ledge, sending him crashing down through a table.