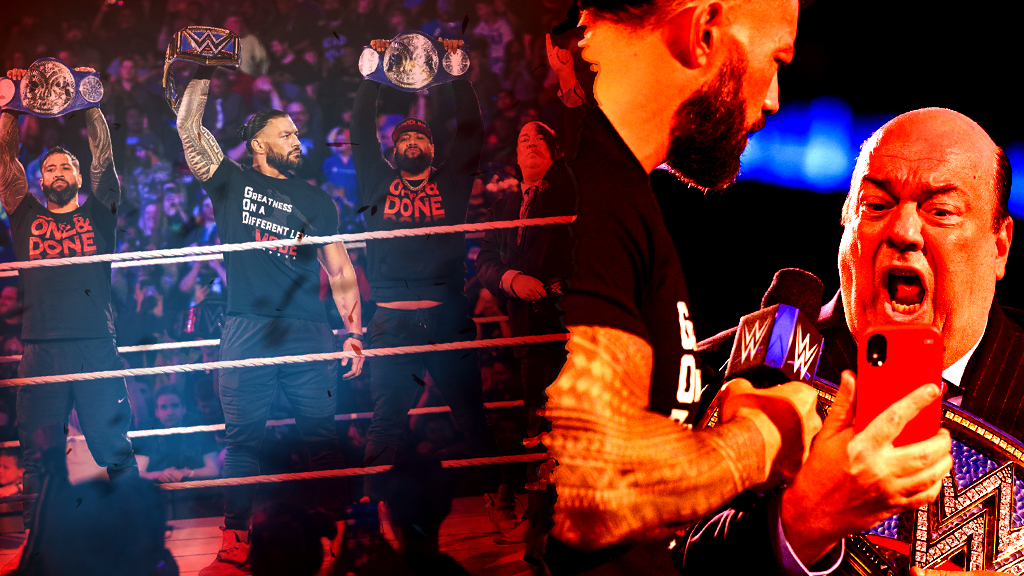 WWE Universal Heavyweight Champion Roman Reigns came to the ring in Charlotte, North Carolina with an air of confidence that could not be denied. After bloodying Brock Lesnar at Madison Square Garden, the Tribal Chief, surrounded by Smackdown Tag Team Champions The Usos and our boss, Reigns’ #SpecialCounsel Paul Heyman, started to boast and brag. But …

According to our friends at WWE.com:

Universal Champion Roman Reigns opened the night by informing the WWE Universe that Brock Lesnar would not be at SmackDown, stating that it was probably a good thing for The Beast or else Reigns would have to smash him like he planned to do at WrestleMania.

The Head of the Table was ready to soak in the admiration of the WWE Universe, but his gloating was cut short as Paul Heyman informed him that Lesnar was on his way, leading The Bloodline to quickly slide out of the ring to make their exit.

We’re HustleTweeting about Smackdown and the Biggest WrestleMania Match of All Time … and you’re more than welcome to join the conversation on the Hustle Twitter HERE … on our ridiculously sensational Instagram HERE … or on our Facebook page HERE!