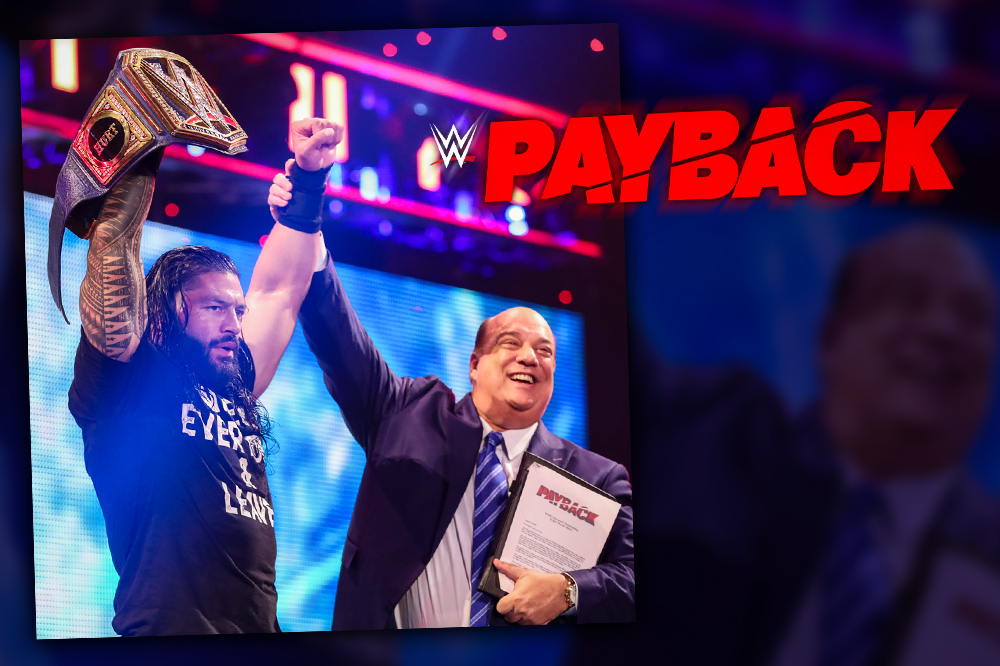 A whole new Roman Reigns era has begun in WWE, and we dare suggest no one knows what to make it of it yet. The Big Dog and our boss Paul Heyman left WWE ThunderDome just as Reigns told us on Smackdown they would, with Reigns as the new Universal Champion. According to WWE.com:

The yard once again belongs to The Big Dog.

Roman Reigns swooped in to pick up the pieces after “The Fiend” Bray Wyatt and “The Monster” Braun Strowman laid waste to each other, achieving victory in cunning fashion to reclaim the Universal Title he never lost.

For much of the bout, though, Reigns was nowhere to be found, having not even signed the contract to be part of the No Holds Barred Triple Threat Match. Strowman blindsided Wyatt with the lights still off during “The Fiend’s” entrance and kicked out of a Sister Abigail by his diabolical rival moments later.

As is often the case, the ring could not contain the two behemoths. Wyatt slammed Strowman through the announce table with a Uranage before being floored by a flying broadcast chair hurled by “The Monster.” The all-out melee progressed to the stage area, where Strowman sent Wyatt flying off the stage in a massive collision.

With the action finally returning to the squared circle, Wyatt delivered a Herculean superplex to send the official soaring out of the ring, which collapsed and was left in shambles.

Finally, Reigns arrived with Heyman. Finally signing on the dotted line, Reigns headed to the ring and began a steel chair assault on Strowman, much like he had at SummerSlam a week earlier. Wyatt caught The Big Dog with the Mandible Claw before Reigns kicked “The Fiend” below the belt to break free before too much damage could be done.

After returning to the ring, Reigns uncorked a massive Spear on Strowman to win the Universal Championship.

Reigns celebrated with Heyman and crystallized their unholy alliance — the sight of which proved to be among the most surreal visuals in WWE history.