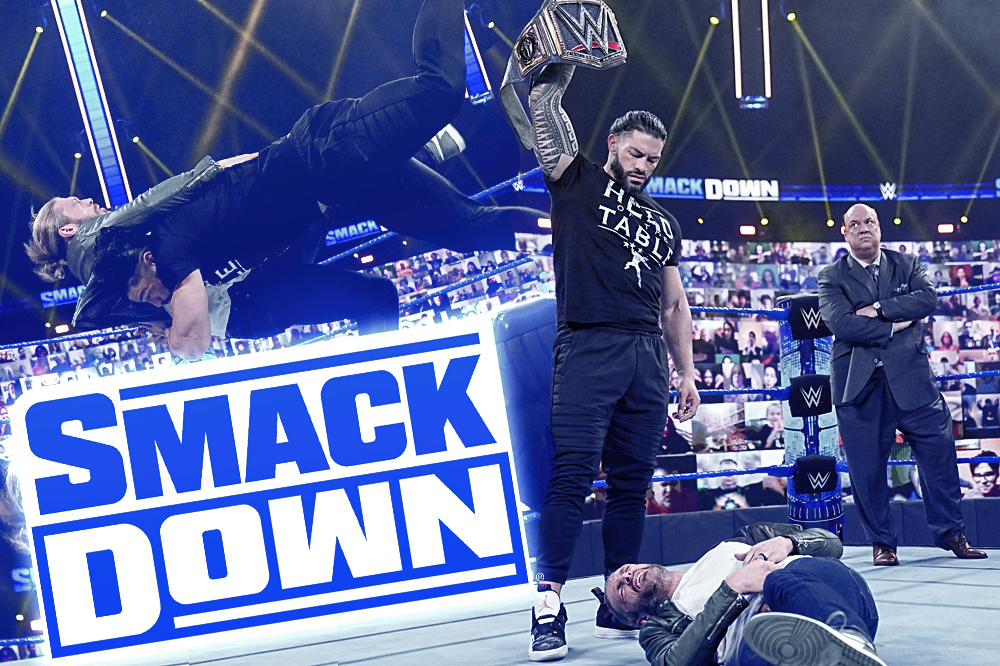 WWE Smackdown on FOX opened with Roman Reigns whispering something to Edge … and we still don’t know what the Universal Heavyweight Champion said to the winner of the 2021 Mens’ Royal Rumble.

Before fighting this Sunday for the right to challenge Universal Champion Roman Reigns on the same night, the combatants of Elimination Chamber collided in a wild Six-Man Tag Team Match, with 2021 Royal Rumble winner Edge getting a closer look at the match on SmackDown commentary. Midway through the match, Special Council Paul Heyman also joined commentary.

Daniel Bryan hurled Sami Zayn off the top rope with a hellacious supplex into the “Yes!” Lock to make his opponent tap out.

After the bell, King Corbin hit Bryan with the End of Days. Kevin Owens then hit Corbin with the Stunner. Zayn followed up with the Exploder on KO. This led to Cesaro administering the uppercut on Zayn before Jey Uso superkicked Cesaro. With that, Edge entered the action as well and blasted Uso with a Spear. Out of nowhere, Reigns finished off the action with a Spear of his own on The Rated-R Superstar. As SmackDown went off the air, The Head of the Table stood tall.