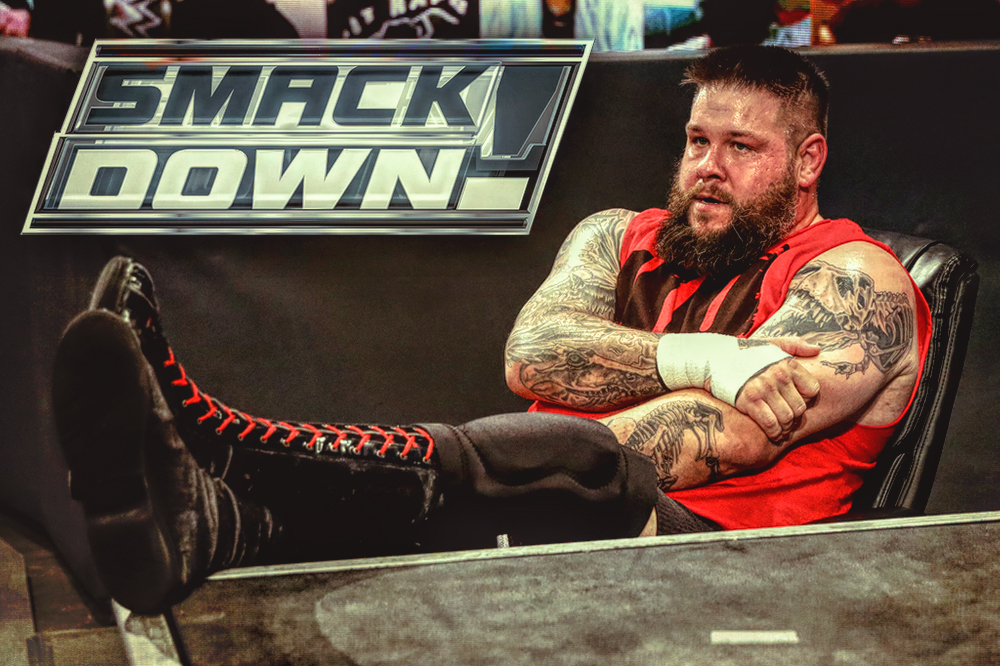 This is not going to end well. Either for WWE Universal Heavyweight Champion Roman Reigns (along with our boss, his Special Counsel Paul Heyman) or for Kevin “KO” Owens.

Those events led to KO vs Jey Uso on WWE Smackdown on FOX. According to WWE.com:

After Jey Uso attacked Daniel Bryan moments after Bryan’s match, Kevin Owens confronted Universal Champion Roman Reigns about the ongoing “family issues” and said The Big Dog treated his family like “trash.” In response, Reigns told Uso to fix the situation, and a main event match was made between Jey and KO.

Uso once again grabbed the chair and earned a disqualification, intent on making Owens fear the family, but KO struck back with a Stunner.

Then, Owens turned the tables on Uso by unleashing a brutal chair onslaught of his own. The whole time, Owens taunted Reigns to come find him as the Big Dog watched from a monitor. KO helped himself to a seat at the end of the announce table — symbolizing himself as the head of the table — and made it clear that he would be watching for the Universal Champion.