See the Amazing Ending to This Week's WWE Talking Smack 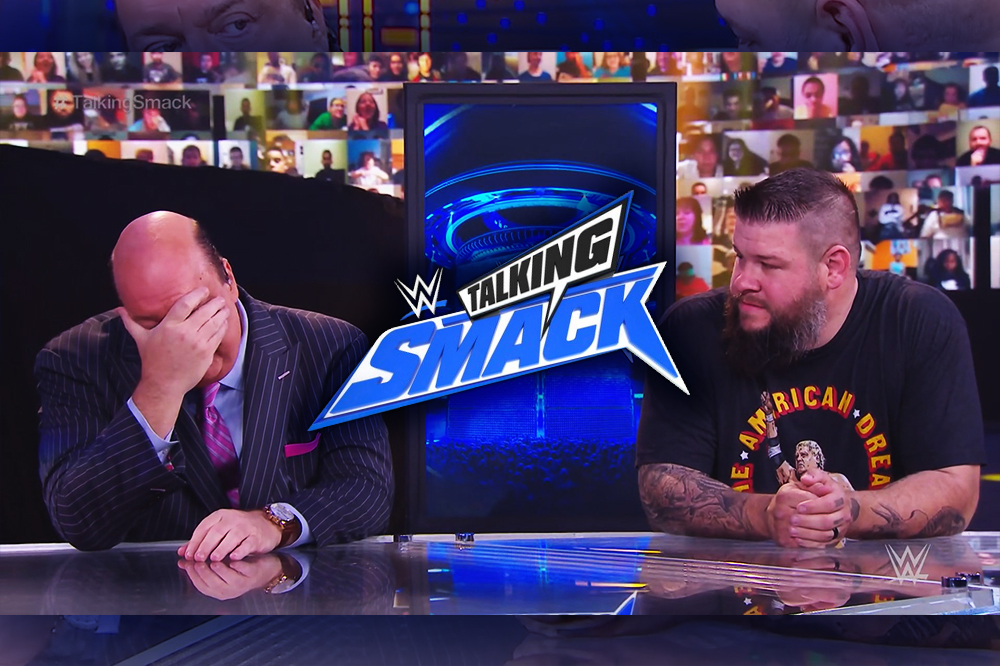 This week’s WWE Talking Smack was wrapping up with Sami Zayn when Apollo Crews appeared on set to hear what Sami wanted to say. The tense moment ended when Sami left with this documentary crew. Apollo then had a huge moment with our boss, Talking Smack co-host (and #SpecialCounsel to Universal Champion Roman Reigns) Paul Heyman.

And just as Kayla Braxton was about to sign off, “KO” Kevin Owens took everyone by surprise by walking onto the set.

SEE KO TAKE THE FIGHT TO ROMAN REIGNS AT THE END OF SMACKDOWN!

We’re HustleTweeting about WWE Talking Smack, and you’re more than welcome to join the conversation on the Hustle Twitter HERE … on our ridiculously sensational Instagram HERE … or on our Facebook page HERE!