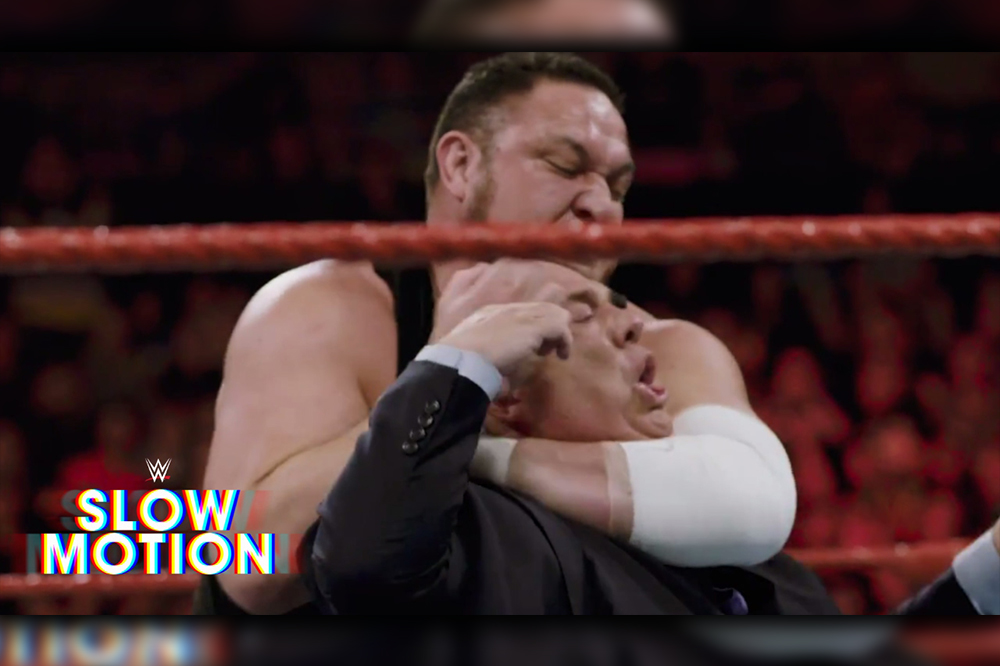 WWE has released chilling footage showing a slo-motion replay from Monday Night RAW chronicling the incident in which Samoa Joe choked out Paul Heyman … this footage only serves to increase the anticipation for Brock Lesnar’s return this coming Monday on RAW. We are HustleTweeting about Brock Lesnar vs Samoa Joe, which is scheduled for WWE Great Balls of Fire on July 9th at the American Airlines Center in Dallas, Texas, and you’re more than welcome to join the conversation by following the Hustle on Twitter HERE or by hitting LIKE on our hyper-interactive Facebook page HERE!