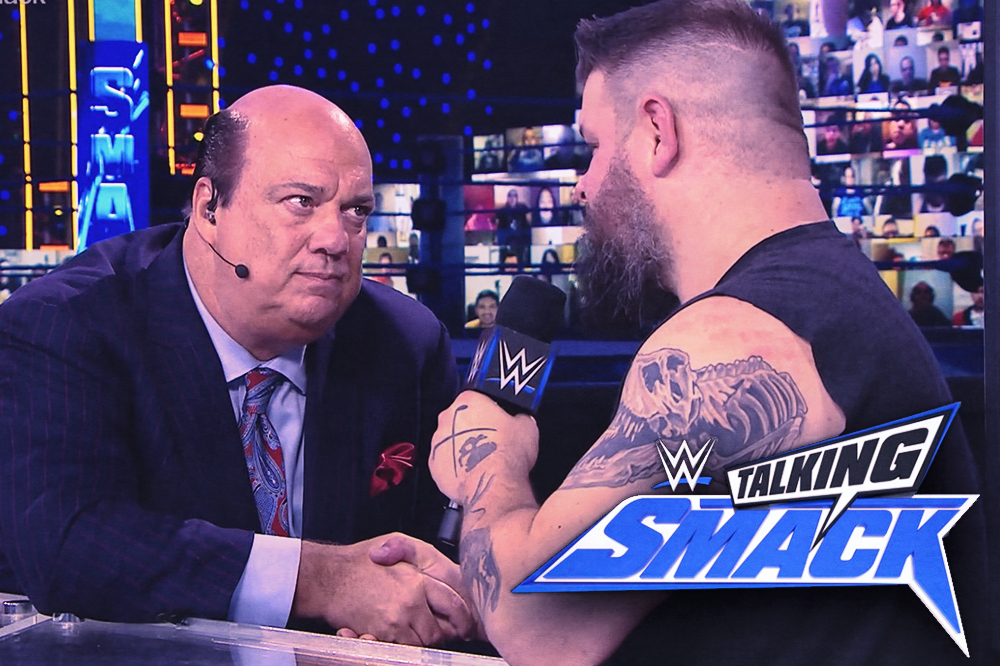 Our boss Paul Heyman, who serves as Special Counsel for WWE Universal Heavyweight Champion Roman Reigns appeared as the co-host of Talking Smack, and the final guest was scheduled to “KO” Kevin Owens.

Kevin Owens brutalized Roman Reigns’ cousin Jey Uso, and so the thought of Heyman and Owens speaking with each other about the situation was quite compelling.

This is the entire unedited segment from Talking Smack from the WWE Network that has everyone talking.

We are HustleTweeting about WWE Talking Smack, and you’re more than welcome to join the conversation on the Hustle Twitter HERE … on our ridiculously sensational Instagram HERE … or on our Facebook page HERE!