Sensational Spoilers You May Have Missed About Fortnite Chapter 2 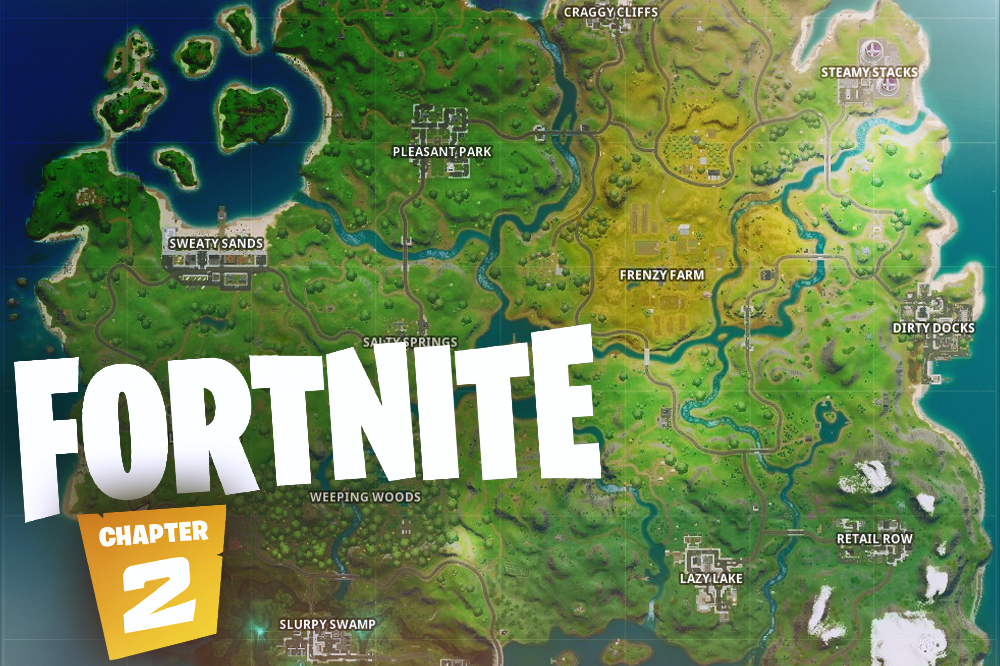 As everyone scrambles for information regarding Fortnite Chapter 2, something huge has emerged, and it has everyone talking today. Forbes is now reporting that a Eurogamer actually posted Fortnite‘s new map a month ago, but no one believed it was real!

According to the story:

I have become well-versed in Fortnite leaks over the course of the past year, with dataminers grabbing things out of files so we can see new items and skins early. I follow like, a dozen Fortnite leakers on Twitter at this point and DM with half of them every week to check on what’s happening. But a month ago? Something else happened.

I was made aware of this story by a Eurogamer piece that went up today that I found rather fascinating. Turns out, Fortnite’s new Chapter 2 map leaked online about a month ago, yet it was dismissed by pretty much the entire community as fake. That did uh, not pan out.

The history of the map is complicated and long and best summed up at the end of this reddit post here. The original story is that a user said he was given the snapshot of the new map by a friend who was an Epic employee. That’s the intro to every fake leak story ever concocted, so no one thought much of it. The image was downvoted and reposted and deleted and then some Twitter users tried to take credit for making it (and most of those tweets are now deleted as well). But it seems likely that Epic was probably behind the scenes, getting the image removed when it did stay up for too long because it was, of course, real.

Part of the reason that the map was dismissed was because its desaturated style didn’t match with the current vibe of the map. And it’s true, the final version of the map is a lot more colorful and rich than the leaked version, and yet the leaked version was very much legitimate.

That said, everyone was right to be suspicious. This was not a leak pulled from some hidden data file in the game, and I have seen much more elaborate fan art projects masquerading as leaks in the past. It also went up just a few days after dataminers pulled the names of new locations from the backend, so it seemed possible this person had just grabbed those and slapped them on a new map.

And yet, here we are. The person wasn’t lying, and it seems that they really did have a friend at Epic who gave them the image. A friend that could have ended up getting in a lot of trouble for all we know. But Epic and the community did its job, they successfully buried this leak so that even someone like me, who is constantly scouring for Fortnite leaks, never even saw it until now.

All of this is to say, when someone says they have a leak from a friend at X company? Maybe 1 in 100 times, they’re actually not BS-ing…

We’re HustleTweeting about Fortnite Chapter 2, and you’re more than welcome to join the conversation on the Hustle Twitter HERE and also on our hyper-interactive Facebook page HERE!