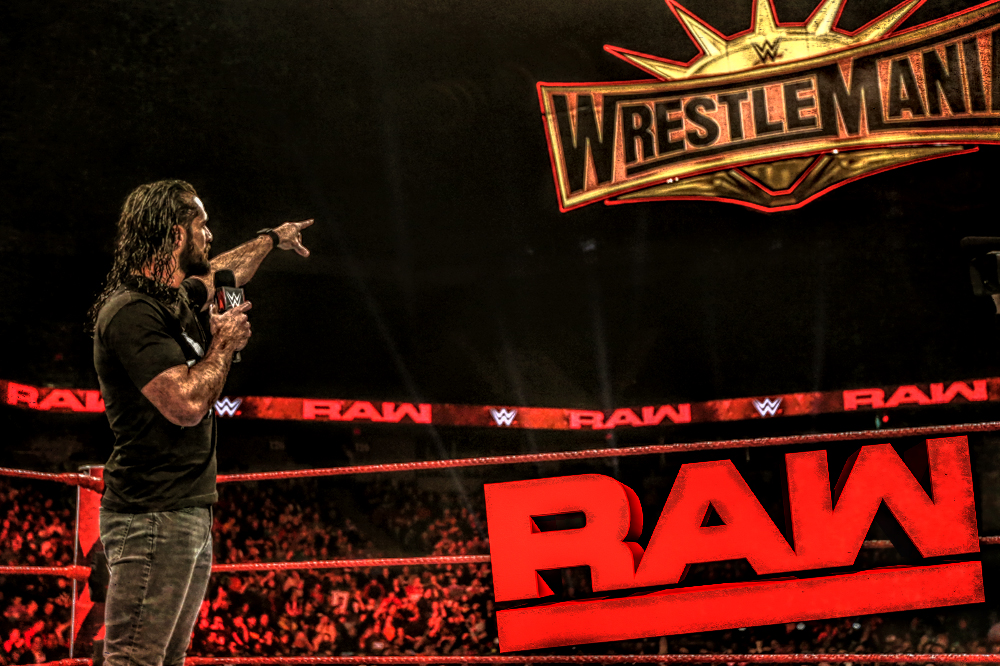 Seth Rollins is back on RAW, having recovered from a vicious assault from Brock Lesnar two weeks ago, and Universal Champion Lesnar’s Advocate (our boss) Paul Heyman was on hand as well, as Grand Rapids, Michigan got to experience a discussion regarding Rollins challenging The Beast at WrestleMania. According to WWE.com:

Six F-5s and two weeks later, and Seth Rollins’ road to the Universal Title is looking all but impossible. If you ask Rollins, though, as long as he can stand and Stomp, he’s got a fighting chance he won’t pass up, even if Brock Lesnar ends up beating him so bad he can’t compete anymore.

Of course, kamikaze missions are all well and good to Lesnar and his camp, represented on Raw by Paul Heyman and a supervillain-style offer to make Rollins’ death wish come true. The Advocate may be overplaying his hand, though: Rollins’ deadpan response that he would gladly sacrifice himself to dethrone The Beast left Heyman speechless, or at least unnerved at the possibility that his would-be spoiler may yet end in a surprise.

At least one person in the locker room seemed to admire Rollins’ defiance. Dean Ambrose, of all people, emerged from the locker room following the confrontation to offer his former brother-in-arms a single sentence that was half-endorsement, half-command: “Slay The Beast.”