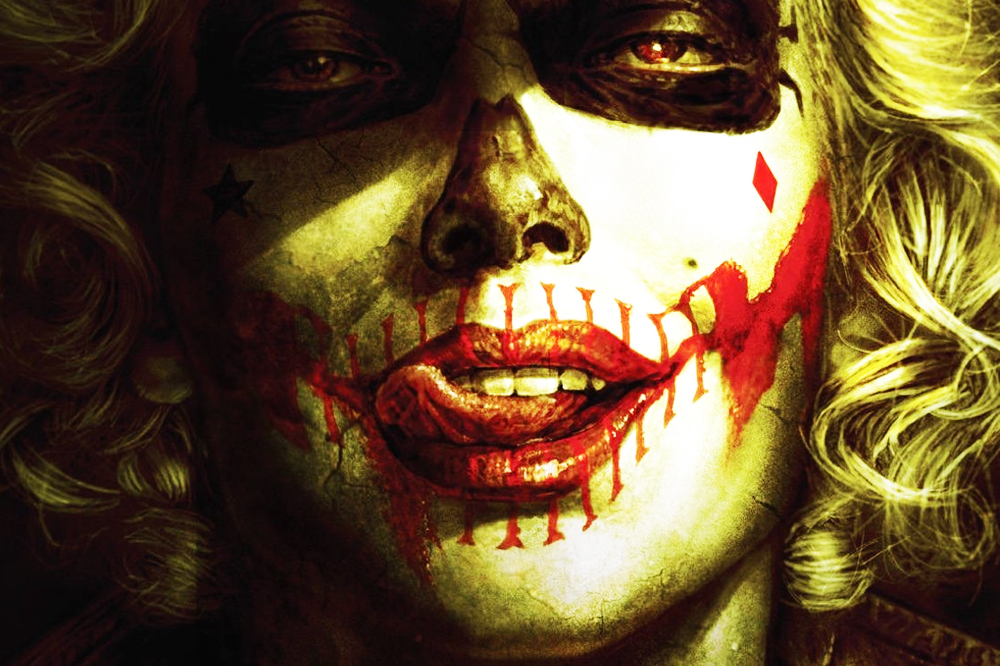 DC Comics has distributed Batman: Damned Book 2, an emotionally-charged and breathtakingly dramatic graphic novel written by Brian Azzarello and illustrated by Lee Bermejo, which serves as the flagship series of DC‘s new “Black Label” of comics.

This ain’t a Dark Knight for kids, as 1st edition of the series made abundantly clear when it flashed Batman‘s surgically altered genitalia. The second edition finds Batman in a darker place than he’s ever been in, thanks to painful memories of his childhood and the physical toll being Batman has taken on the Caped Crusader.

53 pages of anything Brian Azzarello and Lee Bermejo is heavenly, even if our title character is in the purest of hells. Living up to it’s name, Book 2 of “Batman: Damned” challenges the Dark Knight mentally thanks to hurtful memories of his childhood and physically when the Batman has to prevail in saving the citizens of his city, no matter how demented. The true observation lies within how the Caped Crusader rises to the occasion in conquering his haunted mind, scarred body and even worse, tormented soul.

We’re following up on the death of Joker, but Batman has his own demons to deal with. Besides confronting whether or not Batman is merely a murderer in disguise, our hero also has to deal with Deadman, Enchantress and the best-ever-version of Harley Quinn.

A parallel is drawn (no pun intended) between Martha Wayne (mother of Bruce Wayne / Batman) and Harley Quinn, which is why a particular scene involving Harley Quinn may be so very disturbing. In this scene, Harley Quinn drugs Batman, mounts him, unzips her body suit, and unbuckles Batman‘s utility belt.

The scarring of both characters is revealed.

It’s not supposed to be pretty.

And it’s not going to be, either!

We’re HustleTweeting about Batman: Damned Book 2, and you’re more than welcome to join the conversation by following the Hustle on Twitter HERE or by hitting LIKE on our hyper-interactive Facebook page HERE!