Seth Rollins is a Beast Slayer at WWE Super ShowDown 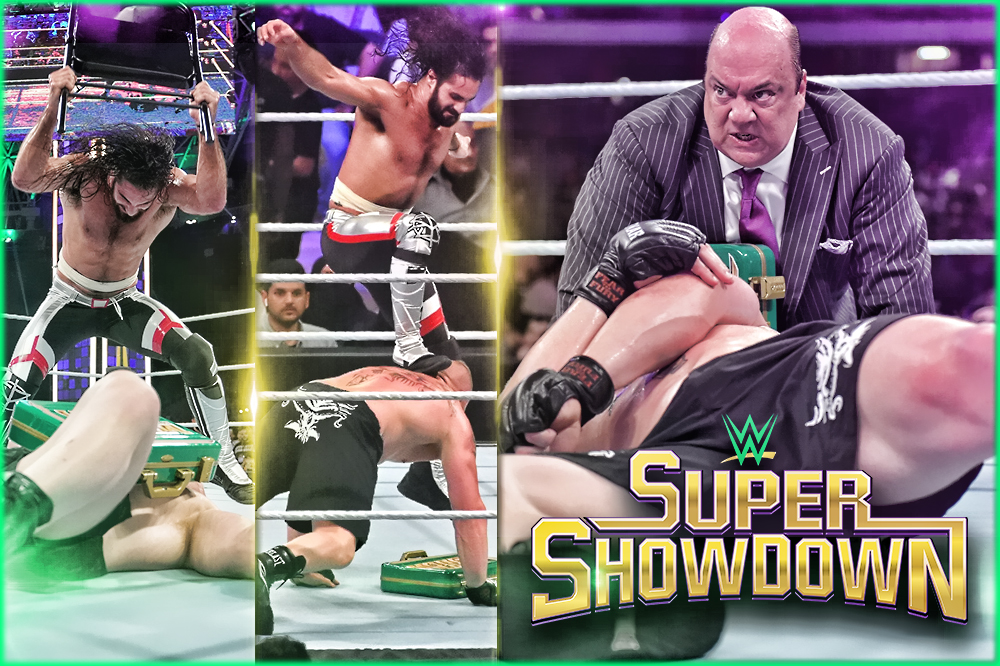 The Money in the Bank Saga continues!

If you were a betting individual, Seth Rollins walking out of WWE Super ShowDown as the Universal Champion seemed like long odds. Not only was he facing a dangerous opponent in Baron Corbin, but Brock Lesnar was waiting in the wings after previously brutalizing The Beastslayer on Raw with a steady diet of F-5s, German suplexes and savage steel-chair strikes to the point of hospitalization. Even if Corbin couldn’t pick the bones and take the title, Mr. Beast in the Bank would surely finish the job.

If you had bet against Rollins, you would have lost. Despite Corbin’s strategy of pulverizing the champion’s taped-up ribs, Rollins withstood the heavy hands of “Jeddah’s Favorite Son” and frustrated him to the point of grabbing a steel chair from ringside. Referee John Cone, whom Corbin had antagonized the entire match, attempted to stop The Lone Wolf from using the implement, leading to a shouting match between the two. Rollins was quick to take advantage, surprising his challenger with a roll-up for the win. A frustrated Corbin hit Rollins with the End of Days on the way out, and that’s when Lesnar made his move.

Chair in hand and Paul Heyman at his side, The Beast strolled leisurely to the ring to make good on his promised Money in the Bank cash-in, but an inexplicable error on the part of the advocate — Heyman tripped getting into the ring and dropped the contract — gave Rollins an opening to uppercut Lesnar with a low blow that brought The Conqueror to all fours. The Universal Champion proceeded to brutally turn the tables on his would-be usurper, tattooing Lesnar across the back and torso with a steel chair. As Brock unsuccessfully tried to use the Money in the Bank case to block the strikes, The Beastslayer Stomped him headfirst into the briefcase.

The aftermath of the encounter saw a bruised Lesnar limp away, presumably back to the drawing board to plan his next move. Rollins, meanwhile, left triumphant with the title raised over his head. Of course, the champion can’t run forever, and he won’t always be this lucky. But on a hot Friday evening on the other side of the world, against all odds, it was a good night to be Seth Rollins.

We’re HustleTweeting about WWE Super ShowDown, and you’re welcome to join the conversation on the Hustle Twitter HERE and also on our hyper-interactive Facebook page HERE!