The Baker Mayfield Era Has Begun 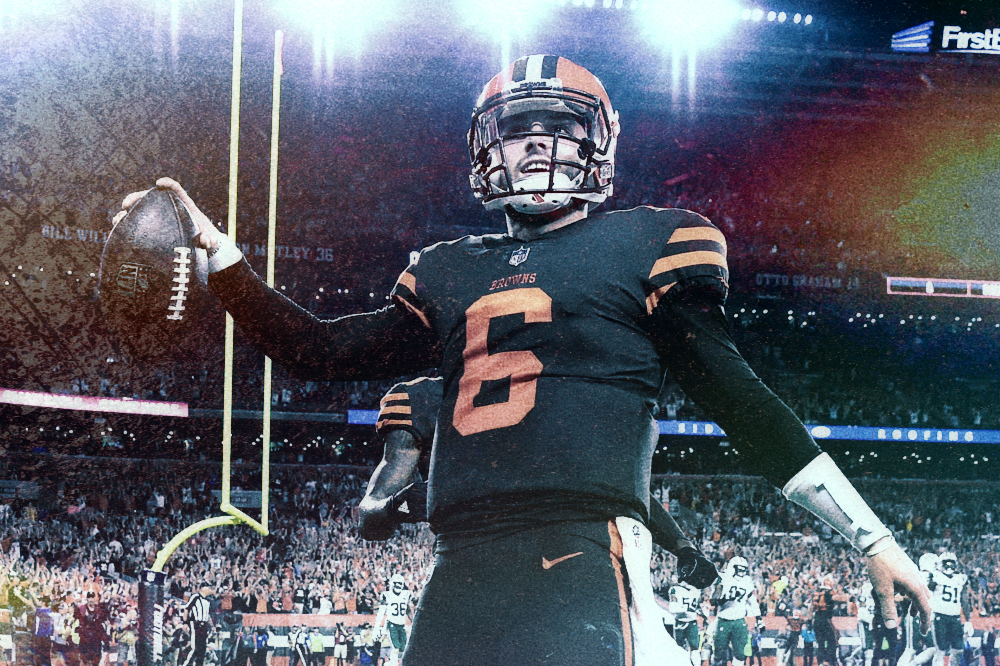 The Cleveland Browns have made it official. This coming Sunday, Baker Mayfield will be the team’s starting quarterback against the Oakland Raiders.

Browns Head Coach Hue Jackson, now riding a hot 1 game winning streak thanks to Mayfield, made the decision to replace Tyrod Taylor, who was injured last week during the Browns’ game against the New York Jets, allowing Mayfield to step in and lead the team not only to an unlikely comeback during the game, but to their first win since 2016.

“There was nothing that I saw that he wasn’t ready to handle,” Jackson said about Mayfield. “He checked off every box for me … This is sooner than when I thought it would happen, because I thought we would play much better earlier on offense and we didn’t. There was a stark difference in how we performed when he got in there.”

Mayfield’s amazing debut performance last Thursday night, coming into the game in the 2nd quarter and completing 17 of 23 passes for 201 yards against the Jets, turning a 14-point deficit into a 21-17 win for Cleveland’s first victory in 635 days, is the talk of the NFL.

Jackson said Taylor remained in the league’s concussion protocol, but he hoped his former starter would be cleared in time to serve in a backup role Sunday against the Raiders.

We’re HustleTweeting about Baker Mayfield, and you’re more than welcome to join the conversation on the Hustle Twitter HERE and also on our hyper-interactive Facebook page HERE!