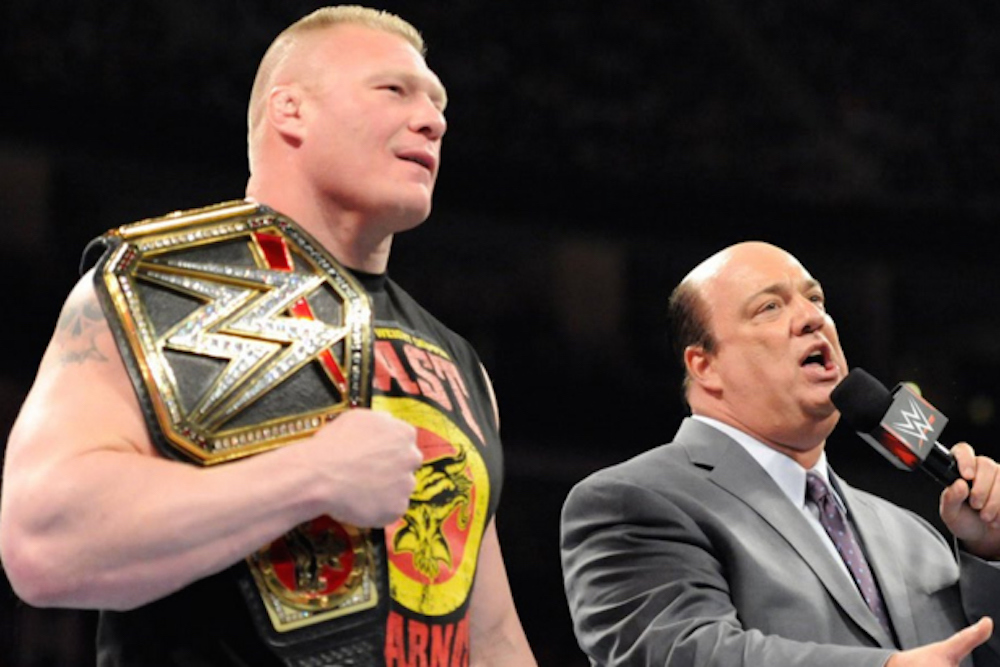 THE HEYMAN HUSTLE Partners Up with Yahoo For an Exclusive Worldwide Distribution Deal!

THE HEYMAN HUSTLE will be part of a major worldwide distribution deal with Yahoo Sports, according to an EXCLUSIVE report filed by Tony Maglio for the entertainment industry trade THE WRAP. The news has been known within the offices of THE LOOKING4LARRY AGENCY for the past few weeks but has been kept quiet until it broke in the media.

THE HEYMAN HUSTLE can confirm the report posted by Maglio, which states:

Paul Heyman has more jobs than you, and now he’s launching another partnership …  (Heyman) has inked a distribution deal with Yahoo Sports that will launch later this month, timed to WWE’s WrestleMania 32. Beginning March 28, the popular Heyman Hustle website will provide exclusive content to Yahoo’s Turnstile blog, TheWrap has learned, including new videos from his YouTube series …  Additionally, Yahoo Studios will produce “A Day in the Life of the Advocate,” which chronicles how Heyman balances his public persona life managing WWE Superstar Brock Lesnar with the daily requirements of his marketing agency.

You can read the entire report HERE!