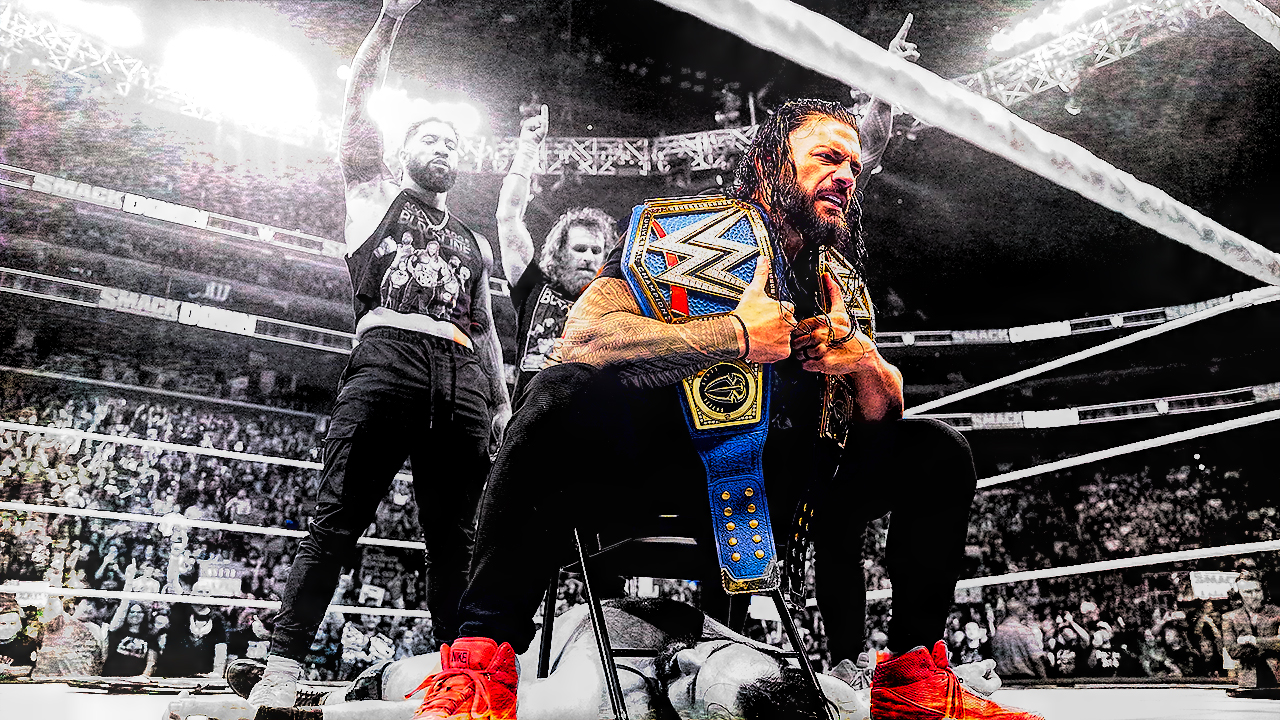 The Tribal Chief Roman Reigns and his cousins The Usos hold all the major gold in WWE. Reigns is the UNDISPUTED Heavyweight Champion, holding the Universal Title (Smackdown) and the WWE Title (RAW). The Usos hold both the RAW Tag Team Titles and the Smackdown Tag Team Titles. While our boss, Reigns’ #SpecialCounsel Paul Heyman is out of action due to suffering a Brock Lesnar F5 through the announce table at SummerSlam, it’s been Sami Zayn trying to get into the Bloodline. And tonight, the Bloodline proved once again, the numbers game is to their advantage!

With Sami Zayn taking hits for Roman Reigns and The Bloodline, The Master Strategist had an opportunity to take out Reigns’ opponent at WWE Clash at the Castle Drew McIntyre.

Zayn was up to the task, as he unloaded on McIntyre with a bulldog like mentality. Zayn kept up the pressure by executing a Sunset Powerbomb from the top-rope, leaving McIntyre down.

As Zayn attempted a Blue Thunder Bomb he ran into a Glasgow Kiss instead giving McIntyre the upper hand.

As McIntyre looked to seal the deal with a Claymore, The Usos came to Zayn’s aid, giving The Master Strategist the opportunity to hit the Blue Thunder Bomb to a close two count.

In the end, Zayn was not quick enough and fell to a Claymore Kick, leaving McIntyre the victor.

After the match, Roman Reigns came out to deliver a vicious warning to his WWE Clash at the Castle opponent: he is the top of the mountain.