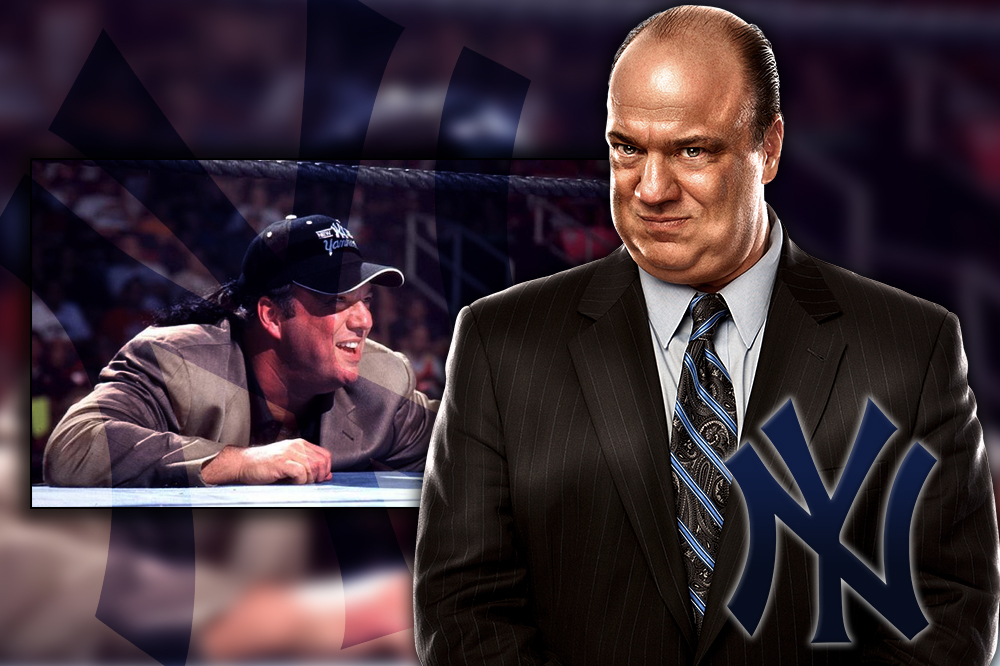 Well, that only took six years!

When our boss Paul Heyman went on The MMA Hour with Ariel Helwani and discussed his “Youth Movement” theory for the New York Yankees, who knew it would take six years for the Yankees to implement that game plan, and for the rest of the world to fall in love with it?

Well, count The New York Times as yet another major media outlet jumping on the bandwagon. In a brand new article entitled “With Youth in Place, the Yankees Look Ahead” reporter Zach Schonbrun illustrates just how Paul’s concept for the Yankees is playing out after initial implementation (which is pretty much exactly how Paul laid it out in the video above).

Yankees General Manager Brian Cashman voiced optimism about the future of a franchise that has appeared in one postseason game in four years.

“People forget how the mid-’90s and beyond got created,” Cashman said Wednesday, referring to the halcyon era of four Yankees championships, with teams steered by Derek Jeter, Mariano Rivera, Andy Pettitte, Jorge Posada and Bernie Williams.

“All that talent that we eventually acquired grew into something special,” Cashman said. “But while that was going on, we were taking hits at the major league level and not making the playoffs on a consistent basis. I don’t forget those times.”

“We have a lot of pieces in place that likely will remain in place,” Cashman said. “A lot of the opportunities for better run production is going to come from improved play from positions from the younger guys coming up through the system, who had a chance to get their sea legs under them this year. They can hopefully solidify positions moving forward and provide more consistent production from those positions than we got in 2016.”

Despite the inspired play of the second half, which brought the Yankees (84-78) into contention for the playoffs, Cashman did not express any regret in dealing away the veteran outfielder Carlos Beltran or closers Aroldis Chapman and Andrew Miller in separate trades that provided a number of prospects. At that point in the season, the team was idling around the .500 mark, and fans were eager for a change.

“I had a sense this was time; we had to do certain things that we’d never really done,” Cashman said. He added, “I’m glad that ownership signed off on it, and I think the future’s brighter because of it.”

The deals — and the release of Alex Rodriguez — cleared space for the catching prospect Gary Sanchez to come up and smash a record 11 home runs in 20 games in August while almost single-handedly keeping the Yankees afloat in the American League wild-card race.

The Yankees have catcher Brian McCann under contract until 2018, but Cashman said Sanchez had shown enough to be the team’s starting catcher entering spring training.

“It’s his position to lose,” Cashman said. “What he did was amazing.”

That makes McCann, who also hit 20 home runs, an intriguing trading chip at a premium position this winter. The Yankees stockpiled relievers last off-season and dealt two of their closers in July for significant hauls.

Both Cashman and Manager Joe Girardi will be entering the final years of their contracts in 2017, and the pitching coach Larry Rothschild’s contract is already up. Cashman said he planned to meet with Rothschild on Wednesday and indicated a desire to see him return.

We’re HustleTweeting about the New York Yankees, and you’re more than welcome to join the conversation on the Hustle Twitter HERE and also on our hyper-interactive Facebook page HERE!