The NY Post Jumps on the Luis Severino Bandwagon 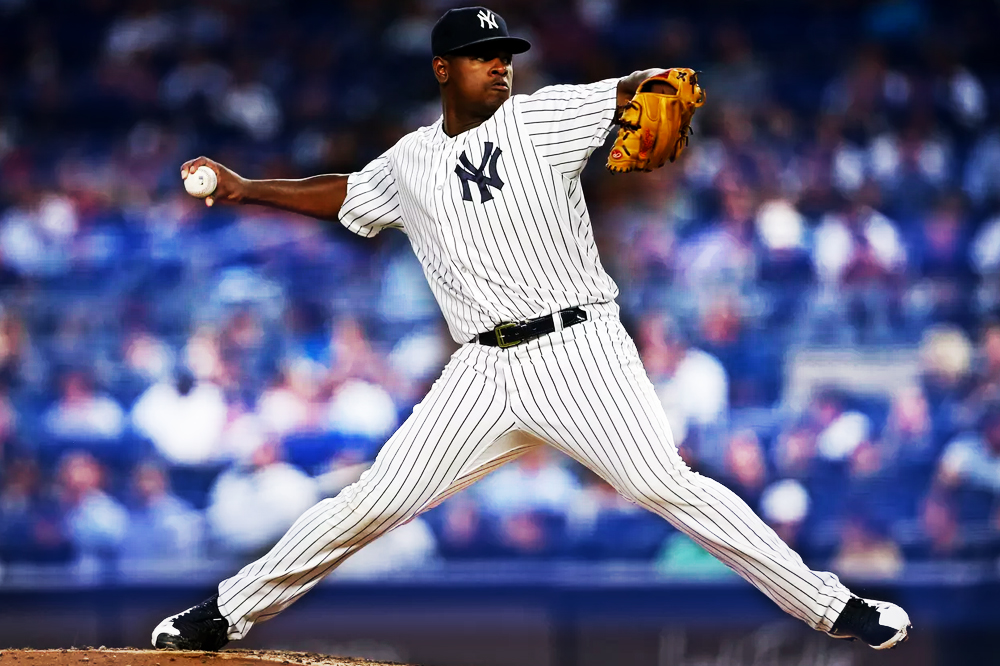 Well, you know what they say. When one person jumps on the bangwagon, everyone is bound to follow suit. Our boss Paul Heyman has been singing the praises of New York Yankees’ pitching ace Luis Severino for quite some time, and The New York Daily News jumped on the bandwagon with this article on Severino … only to be followed by The New York Post, which has now once again proven our boss is a Modern Day Nostradamus!

Yes, we know. The pitcher’s win could be the most misleading statistic in baseball. We’ve read all of the books. But when the Red Sox acquired the celebrated Chris Sale over the winter from the White Sox, no one would have imagined that the left-hander would start five games this season against the Yankees and win just one of them.

And perhaps more to the point, that the Red Sox would win only one of those five starts by their 28-year-old ace.

Sale had largely been the victim of circumstance in going 0-2 in his first four starts against the Yankees while pitching to a 2.12 ERA. But on Sunday, the circumstance to which he fell victim this time was the misfortune of having to face 23-year-old emerging nation Luis Severino.

For while Sale yielded three solo home runs and was touched for seven hits in 4 ¹/₃ innings, Severino was masterful. He allowed one unearned run while striking out nine in six innings of the 9-2 victory that closed out the holiday series in which the Yankees captured three out of four to pull within 3 ¹/₂ games (three on the loss side) of division-leading Boston.

Pitchers are matched against opposing batters. Still, the marquee for this one read, “Sale vs. Severino.” Heady stuff in September and a challenge for the younger, less accomplished arm who had come up short on Monday against Cleveland ace Corey Kluber and had allowed 10 runs in 4 ¹/₃ innings his last time out against Boston on Aug. 12.

“I was looking forward to facing Boston after the last time,” said Severino, who sagely declined to place himself on a pedestal with the likes of Sale and Kluber. “I just want to compete 100 percent every time I get the ball.”

Severino showcased his fastball and slider while mixing in effective off-speed deliveries. When he wasn’t overpowering the Sox, he was keeping them off-balance. A nine-pitch first inning set the tone.

“I think it’s important to his development,” manager Joe Girardi said when asked the significance of the young right-hander coming out on top in headline matchups such as this. “If you want to call yourself an ace, you have to be able to do that. You have to be able to match up against the top guy.”

Just like that, after a strong effort by CC Sabathia in Thursday’s bunt-gate and a stronger one on Saturday from Masahiro Tanaka, the Yankees are flush following a summer in which they have treaded water in going 16-16 since the beginning of August.

Severino, whose average 97.4 mph entering the game leads all starting pitchers, has allowed one run or fewer in 14 of his 27 starts. That also represents a major league-leading best for the young man who is in his first full big-league season. When he struck out the side in the fifth by fanning Sandy Leon, Severino reached the 200-K plateau to become the first pitcher age 23 or younger to achieve that milestone since Felix Hernandez did it in 2009. Heady company.

The Sox got their lone run against Severino in an ugly sixth inning in which Todd Frazier made two errors (one on a grounder and one on a wild throw to first) and Gary Sanchez committed his league-worst 14th passed ball. The Sox were within 3-1, there was a man on third with two out and the game most decidedly had not been decided.

But Severino got Mitch Moreland looking at a 2-2, 89.3-mph slider in what became his final batter of the game once the Yanks blew it open by striking for six runs in the bottom of the inning following a successful challenge on what originally was called the third out.

Sale was long gone by then, an afterthought almost, having yielded a homer to Chase Headley to lead off the third inning and then back-to-back jacks to Matt Holliday and Frazier with one out in the fourth.

You might even say he is doing everything he can to ensure that the Yanks hold their current reservation for a spot in the playoffs.

We’re HustleTweeting about Luis Severino, and you’re more than welcome to join the conversation on the Hustle Twitter HERE and also on our hyper-interactive Facebook page HERE!