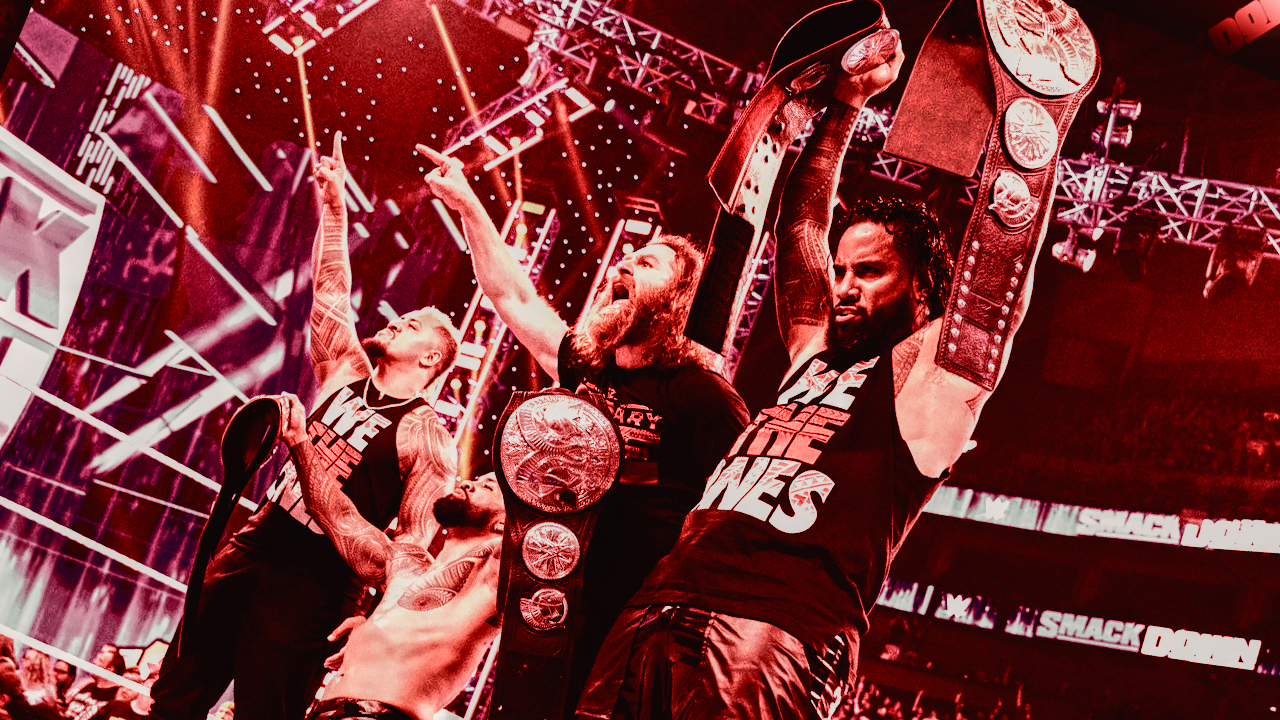 The Usos headlined tonight’s WWE Smackdown, defending their Undisputed Tag Team Titles against the Brawling Brutes in an epic tag team title match that included appearances by Solo, Sami Zayn and even Imperium. Jimmy and Jey Uso are the longest reigning Smackdown Tag Team Champions of all time, and are well on their way to becoming the longest reigning WWE Tag Team Champions ever as well.

Paul Heyman narrates an epic video package on the greatness of the Usos!

As the Usos continue their push into immortality, the Island of Relevancy and the Bloodline have never been stronger. While the Brawling Brutes presented a formidable challenge, it would appear to many the Usos are on such a tear, such a streak, they cannot be toppled.

At least not now!