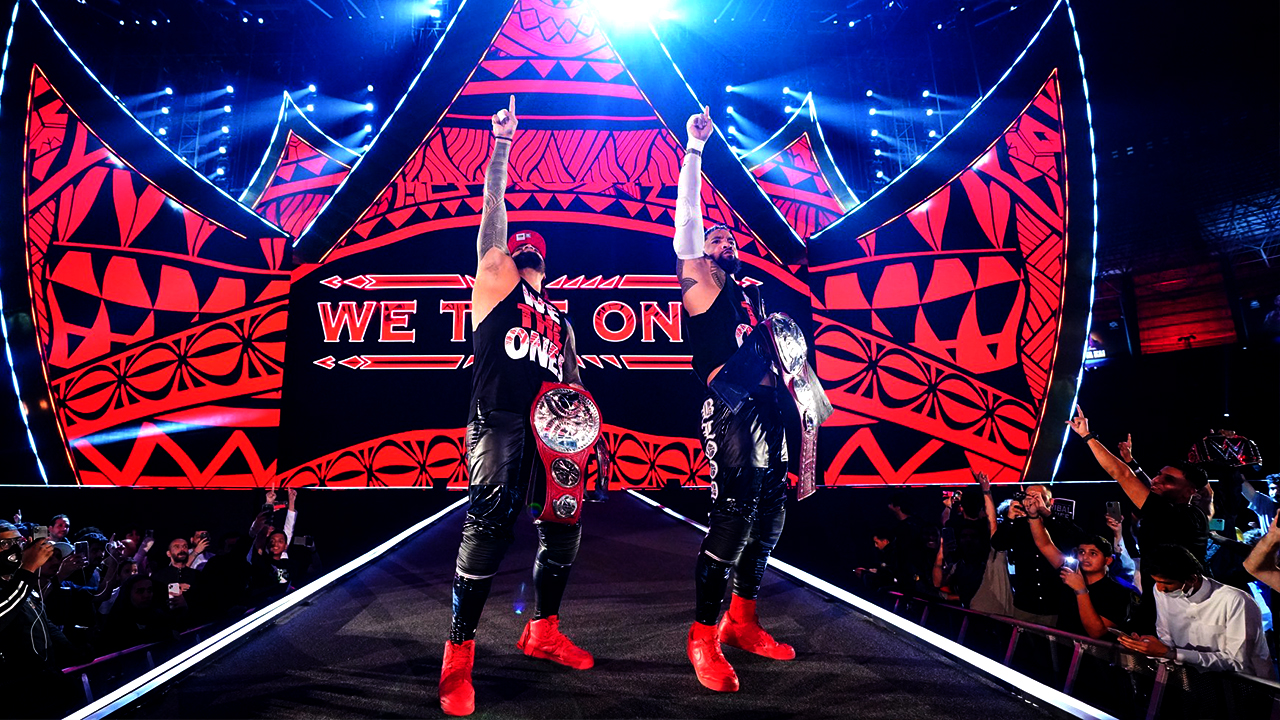 The Usos are the longest reigning Smackdown Tag Team Champions and they are very close to breaking the record and becoming the longest reigning tag team champions in WWE history. The Brawling Brutes had other plans, as they were itching to dethrone the Usos in Riyadh, Saudi Arabia. But it wasn’t meant to be.

The Usos tried walking out, wanting no part of The Brawling Brutes, but Ridge Holland and Butch stopped them in their tracks.

Ridge Holland proved to be the powerhouse that he is, lifting both Usos and dropping them with ease. Holland honored his mentor Sheamus by giving Jey Nine Beats of the Bodhran. In a bout of payback, Butch and Holland slammed Jimmy’s hand the same way The Bloodline took out Sheamus a few weeks ago.

The Usos nearly had the match won with a double top-rope splash on Butch, but Holland broke up the pinfall. Butch then snapped Jey’s hand, the same one that Jey may have broken on the European tour.

In the closing moments, The Usos earned the win after hitting a huge 1D from the top rope on Butch.