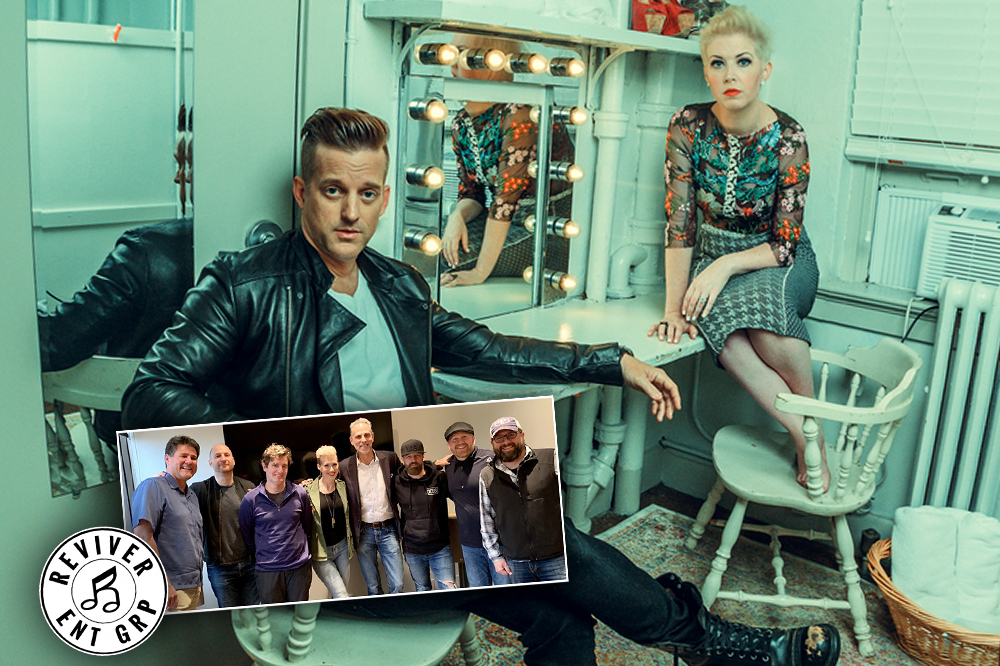 Reviver Music‘s latest country music signings keep getting bigger and better! As previously reported here on The Heyman Hustle, Superstar Duo Big & Rich are partnering with Reviver Records. Well, you can add Thompson Square’s Keifer and Shawna Thompson to the list of great artists under the Reviver Music umbrella. An article posted by Music Row breaking the news reads:

The first conversations between the label and the duo were facilitated by Thompson Square manager Shawn Pennington.

“Shawn went to Reviver and had a discussion about what we were doing independently,” Keifer tells MusicRow. “Having people that are so excited about what you are doing musically is exciting. The deal was done pretty quickly.”

“Shawn Pennington and I worked together back in the day on Big & Rich,” says Gator Michaels of Reviver Entertainment Group. “He just sent me music. This Masterpiece album is beautiful and the video is gorgeous. The conversations—they refer to it as ‘like-minded people,’ and I think that is true. The chemistry was there on a human level and we shared vision of where they are trying to go with their career. I’m so impressed with their work ethic and their diversity—they have so many things coming out.”

“Gator and David [Ross, Reviver CEO] are just such good people,” adds Shawna. “We sat down and talked with them for like four hours, just vibing off each other. It just felt right.”

In 2011, Thompson Square was a mainstay on country radio stations, thanks to their No. 1 breakthrough hit “Are You Gonna Kiss Me Or Not,” which went on to be certified 2x Platinum by the RIAA. The duo’s self-titled debut album (which was released on Broken Bow’s Stoney Creek imprint) has since been certified Gold. However, a followup album, Just Feels Good, failed to produce a hit single on the level of their earlier radio smashes.

Thompson Square parted ways with BBR Music Group in mid-2017, but they continued creating and releasing music. Last year, the duo teamed with producers Nathan Chapman, Dann Huff and Ilya Toshinskiy, as they independently crafted and released the album Masterpiece, marking their first album release in five years. For the new project, they incorporated a technicolor of sounds, drawing on country, rock, R&B and hints of reggae.

“Shawna and I found ourselves in a place where we weren’t sure if we wanted another deal,” Keifer says. “We had found that our fans were showing up and buying our music. She and I found happiness in music again. Creating Masterpiece was so much fun and there is a creative freedom that comes along with that. We were in a happy place.”

With the new label deal, the duo is excited to get reacquainted with their friends at country radio.

“Without a label, it is impossible to get terrestrial radio,” Keifer said. “We miss our friends at radio and doing that whole thing. That was a really fun thing for quite a long time.”

In November, the duo ventured into other creative outlets, releasing the children’s book Time To Get Dressed, which was inspired by the duo’s three-year-old son, Rigney Cooper.

The duo also hint at a few more creative side projects that are in the works. While they are mum on details, Keifer acknowledges some of them are music-related.

“With Reviver, they are excited about all of our creative outlets. And with this deal, we get to be artists. And now we have this great team behind us,” Keifer says.

“They are excited about letting us be artists in every way possible,” Shawna adds.

We’re HustleTweeting about Thompson Square, and you’re more than welcome to join the conversation on the Hustle Twitter HERE and also on our hyper-interactive Facebook page HERE!