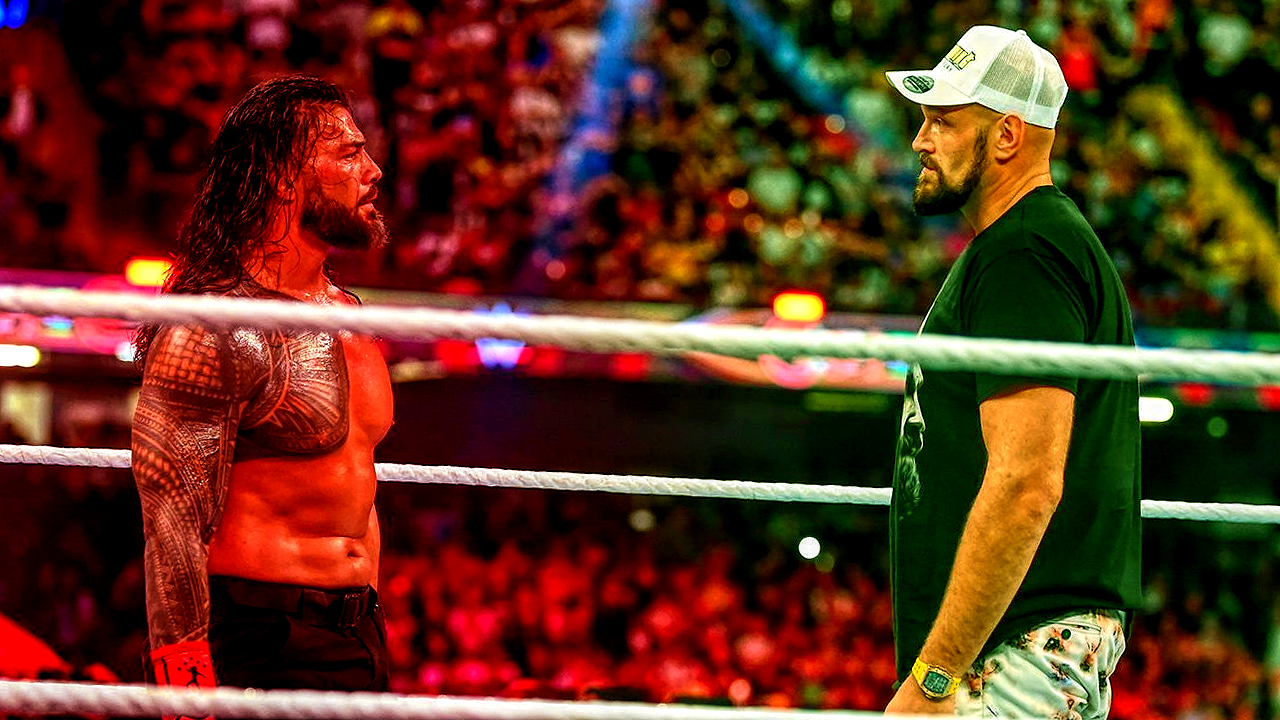 WWE’s UNDISPUTED Heavyweight Champion Roman Reigns came to Cardiff for Clash at the Castle, and defended the title against Drew McIntyre with the help of The Usos’ younger brother Solo.

In attendance for the show was the most recognized heavyweight champion in the world of boxing for the past decade, Tyson Fury. Fury entered the ring after the match, and acknowledged the Tribal Chief in front of over 60,000 fans in Cardiff and countless others watching on the Peacock streaming service and the WWE Network worldwide.

We’re HustleTweeting about Tyson Fury acknowledging Roman Reigns, and you’re more than welcome to join the conversation on the Hustle Twitter HERE … on our ridiculously sensational Instagram HERE … or on our Facebook page HERE!