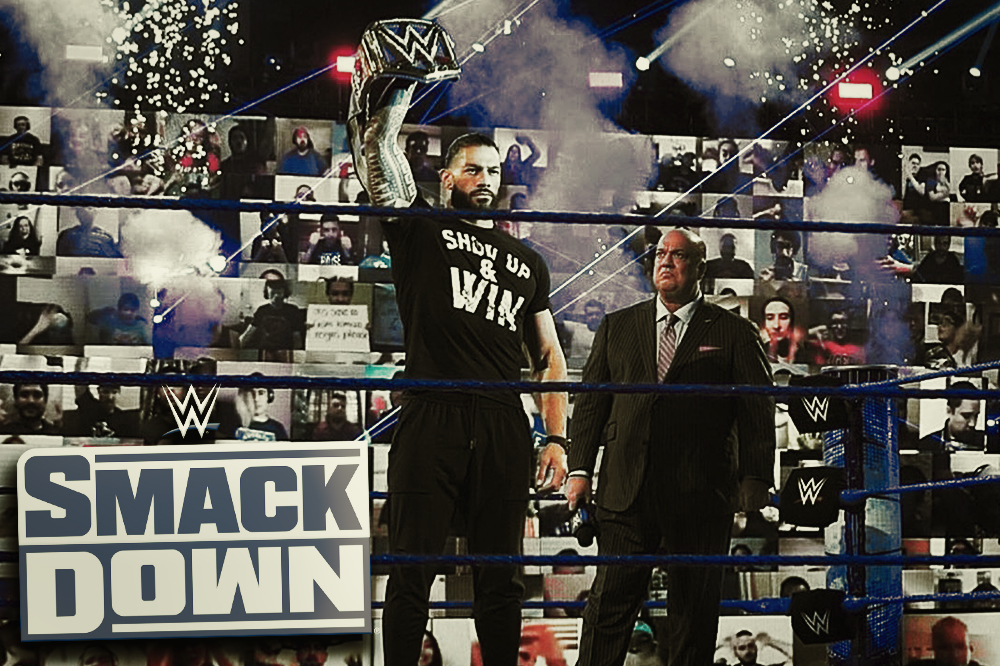 WWE Friday Night Smackdown on the FOX Network started out with the new Universal Champion Roman Reigns and our boss Paul Heyman in what can only be described as an interview of truly historic proportions. “Just when you thought I was out,” Heyman whispered, “HE (Reigns) pulled me back in!” In addition to explaining why “Roman’s reign” as Universal Heavyweight Champion meant so much to the core value of what WWE promotes, Heyman revealed his new job title. The Advocate proclaimed himself Special Counsel to the Tribal Chief, and that Tribal Chief is Roman Reigns!

Reigns was succinct but created multiple headlines with what he said. He declared Smackdown (and perhaps all of WWE) to be his island. He called himself a man of his word, in that he showed up at Payback, signed the contract, wrecked The Fiend, wrecked The Monster and left Universal Champion. Reigns also declared a new slogan to describe his style, Show Up and Win!

This was nothing short of epic.

We’re HustleTweeting about Universal Champion Roman Reigns and Paul Heyman‘s first full length interview together, and you’re more than welcome to join the conversation on the Hustle Twitter HERE … on our ridiculously sensational Instagram HERE … or on our Facebook page HERE!