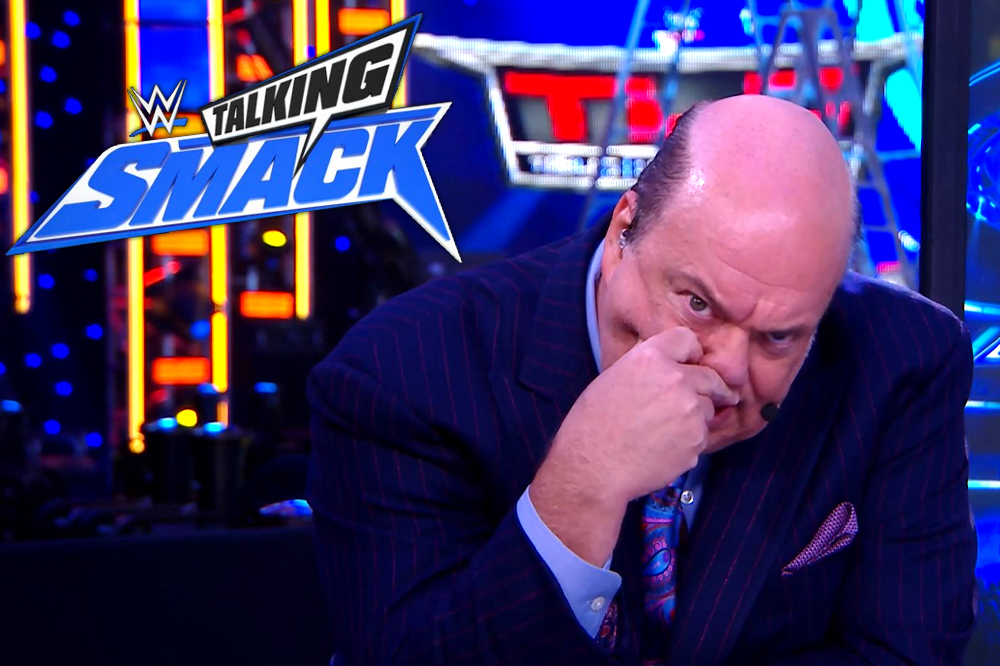 WWE Talking Smack aired live this week on FS1 as a follow-up to the special edition of WWE Smackdown that also aired on FS1 as well. As the Smackdown show went off the air, WWE Universal Heavyweight Champion Roman Reigns and his cousin Jey Uso put a vicious beatdown on Kevin Owens, only for KO to declare he will win the Universal Title at the TLC pay per view or die trying!

Immediately following that moment, Talking Smack went live on FS1 and when our boss got to the set, he had a lot to say about Kevin Owens and the threat to Roman Reigns‘ championship this weekend.

We’re HustleTweeting about Paul Heyman’s rant on “fear” and you’re more than welcome to join the conversation on the Hustle Twitter HERE … on our ridiculously sensational Instagram HERE … or on our Facebook page HERE!