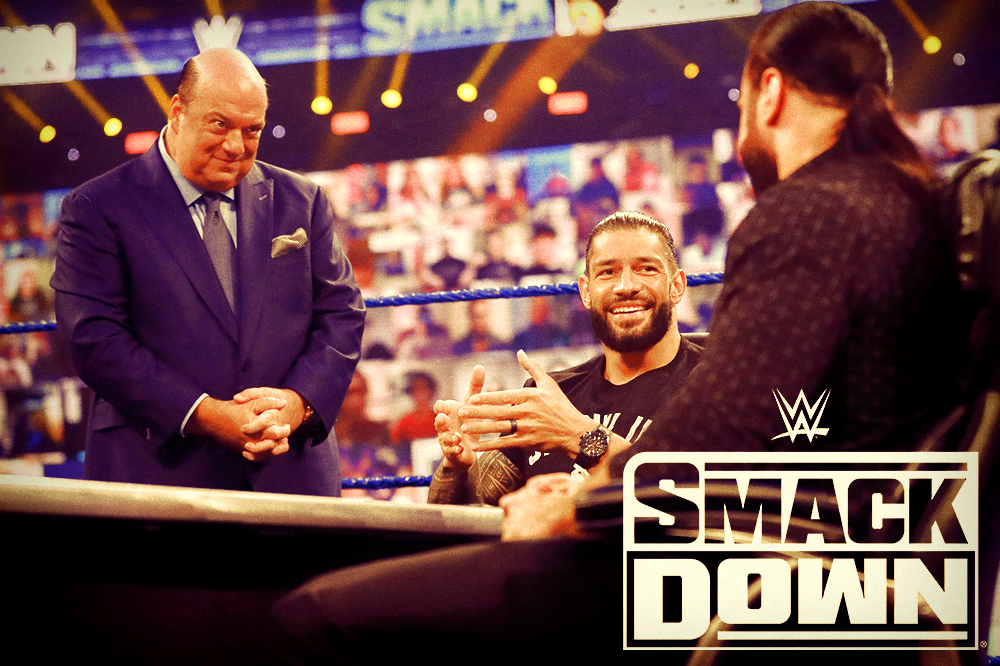 WWE Champion Drew McIntyre stared down Universal Champion Roman Reigns (along with our boss, his Special Counsel Paul Heyman) during a historic contract signing on WWE Smackdown. According to WWE.com:

After reclaiming the WWE Championship from Randy Orton, Drew McIntyre returned to SmackDown to take part in an official Contract Signing to face Universal Champion Roman Reigns at Survivor Series.

After making his opponent wait, Reigns finally came to the ring. In the intense exchange that followed, McIntyre advised Reigns to enjoy the last two days of peace to prepare for war. In response, The Big Dog disrespected his opponent by calling McIntyre a secondary champion. He said that one day, he would love Reigns for lessons he taught him and he promised McIntyre would always be his favorite number two.