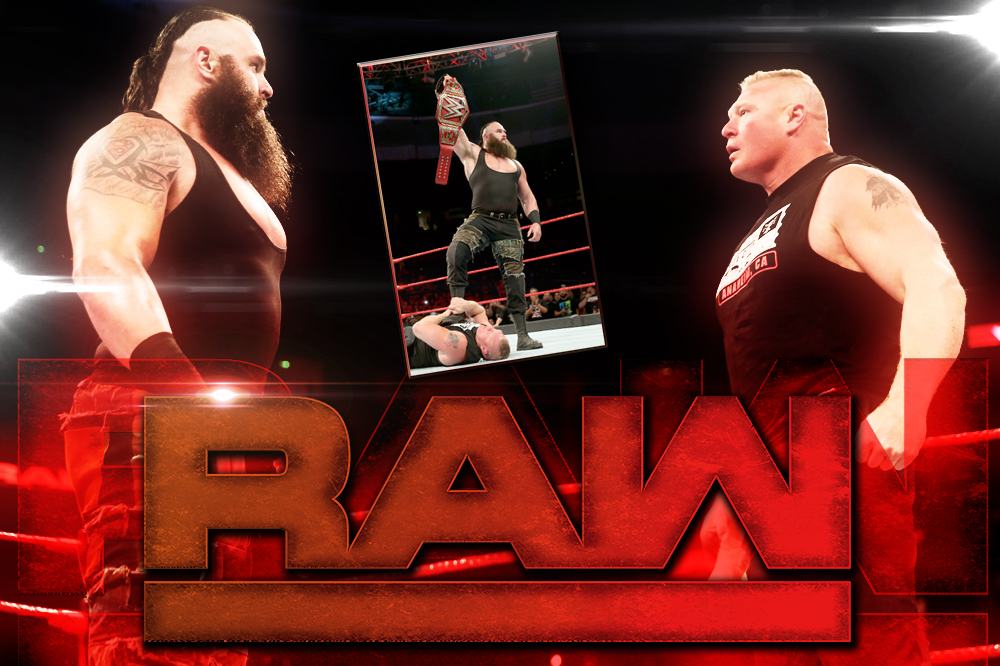 WWE‘s Universal Champion Brock Lesnar and his Advocate, our boss Paul Heyman came to the ring at the Honda Center in Anaheim, California and the game plan was obvious, Acknowledge Braun Strowman’s amazing performance at WWE SummerSlam … don’t run away from the fact that, on the very next night, Braun Strowman took the fight to Brock Lesnar at the Barclays Center … and yet, call The Monster Among Men out to the ring for yet another confrontation. That’s exactly what happened. Only the result was a real shocker.

Here’s a fact that Brock Lesnar should find disconcerting: Braun Strowman has gotten the better of him for a solid straight month.

From the shellacking The Monster Among Men administered to the Universal Champion in SummerSlam’s Fatal 4-Way Match to the follow-up the night after, Strowman has owned the titleholder at almost every turn, and — even more potentially troubling for Team Brock — he did it again on Raw.

But, while the gravity of the situation hasn’t escaped The Conqueror, he isn’t sweating his challenger. In fact, Lesnar, with Paul Heyman in tow, came to Anaheim to invite Strowman to Suplex City to see if he was “badder than the baddest due on the planet.”

And once The Monster Among Men accepted, a fight is what Lesnar got. Alas, it was a losing fight for The Conqueror, who hit a German Suplex that barely fazed Strowman and quickly suffered a ring-shaking Running Powerslam. If this all turns out to be an elaborate scouting report, it may give Lesnar the edge, but for now, consider his suspicions confirmed: Braun Strowman may not be the baddest dude on the planet just yet, but he’s a bad man all the same.