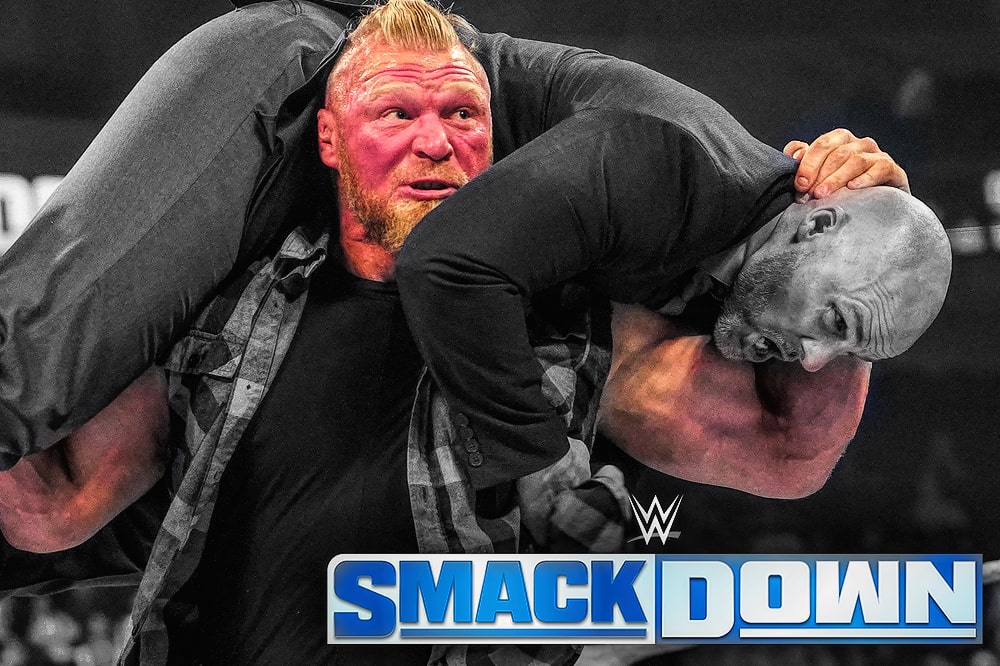 It’s been a busy couple of days for The Beast.

Brock Lesnar vowed to beat Reigns senseless as soon as Lesnar got to Smackdown from Saudi Arabia.

And because of that, there are consequences.

Making good on his promise to “beat Roman Reigns senseless” as soon as he arrived on SmackDown, Brock Lesnar hit the ring and all-out mayhem ensued on the blue brand with the Beast destroying anything and everyone in his path to get his hands on The Head of the Table.

Due to Lesnar’s rampage, WWE Official Adam Pearce had no choice but to indefinitely suspend Brock Lesnar. Unfortunately for Pearce, Lesnar did not take his suspension lightly returning to the ring to deliver two monstrous F-5’s to Pearce leaving him writhing in pain as The Conqueror stormed off.

We’re HustleTweeting about Brock Lesnar, and you’re more than welcome to join the conversation on the Hustle Twitter HERE … on our ridiculously sensational Instagram HERE … or on our Facebook page HERE!