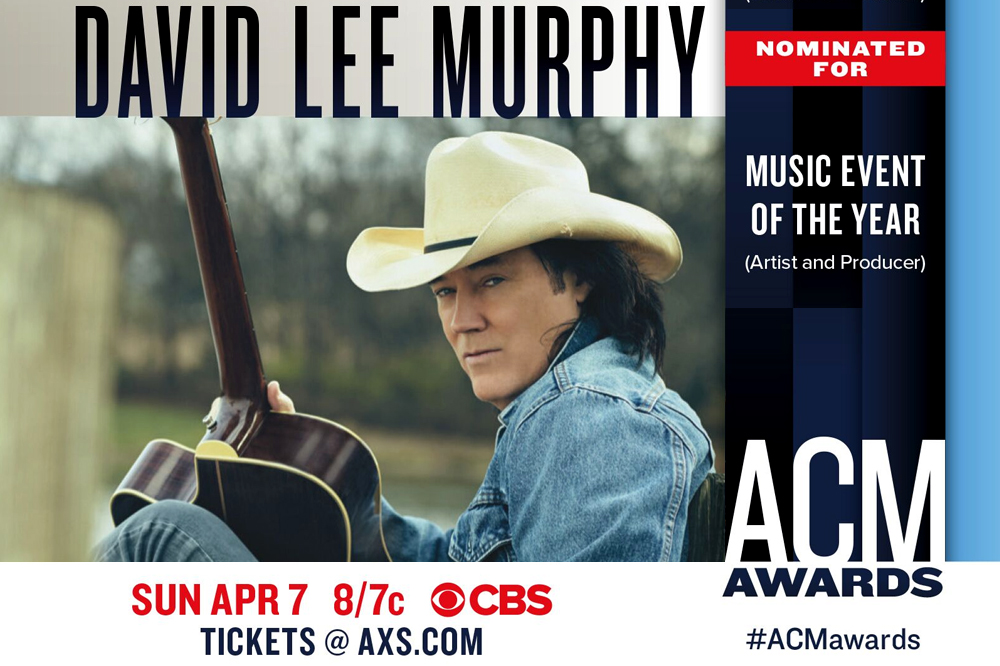 The Heyman Hustle has confirmed Reviver Music‘s David Lee Murphy and Kenny Chesney‘s smash hit “Everything’s Gonna Be Alright” has been nominated for an ACM Award in the Music Event Of The Year category.

“This is really cool. We felt like this song was really special the day we wrote it, and then Kenny (Chesney) asked me to make this record, and he sang on it with me,” exclaimed Murphy. “Just to be able to go out there and sing it live with him during his shows last summer, was really special. We had no idea that we were going to get nominated for something like this, and I think the most special thing about is…knowing that this song has had a positive impact on a lot of people’s lives, and that’s what it’s all about.”

“Everything’s Gonna Be Alright” is available now, along with all the other tracks from David Lee Murphy’s album, including the title track, and latest song to hit Country radio, “No Zip Code” … so as the old saying goes, don’t waste another minute … go check it out!

We’re HustleTweeting about “Everything’s Gonna Be Alright” and you’re more than welcome to join the conversation by following the Hustle on Twitter HERE or by hitting LIKE on our hyper-interactive Facebook page HERE!