Someone PLEASE Give This Man A Job! 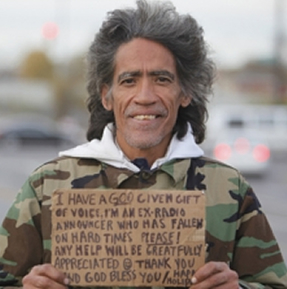 His Name is Ted Williams, and He’s Going To Be An Internet Sensation!

Ted Williams is about to hit a home run.

A homeless man in Columbus, Ohio was the subject of a YouTube video that has taken on a life of its own.The Bedford-Stuyvesant, Brooklyn, native trained to be a radio announcer before drugs and alcohol ruined his chances at a career, and he has been begging on the side of a road in Columbus, Ohio, before a local newspaper found him.

He says he’s been sober and drug-free for almost two and half years now.

Local police would refer to Williams as "Radio Man," when chasing him from his usual begging spots, Williams said.

We’re HustleTweeting about Ted Williams, and you’re more than welcome to join the conversation! Follow THE HEYMAN HUSTLE on Twitter HERE or write to us at hustleoncrave@gmail.com

HERE’S THE VIDEO THAT HAS THE ENTIRE INTERNET TALKING! 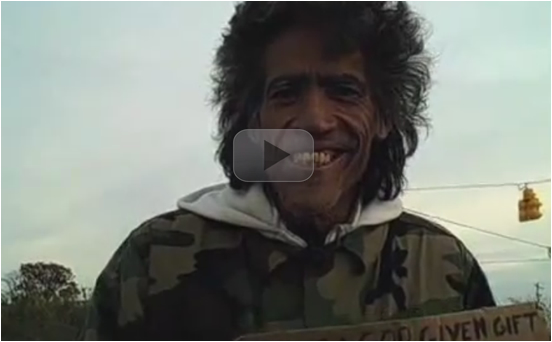