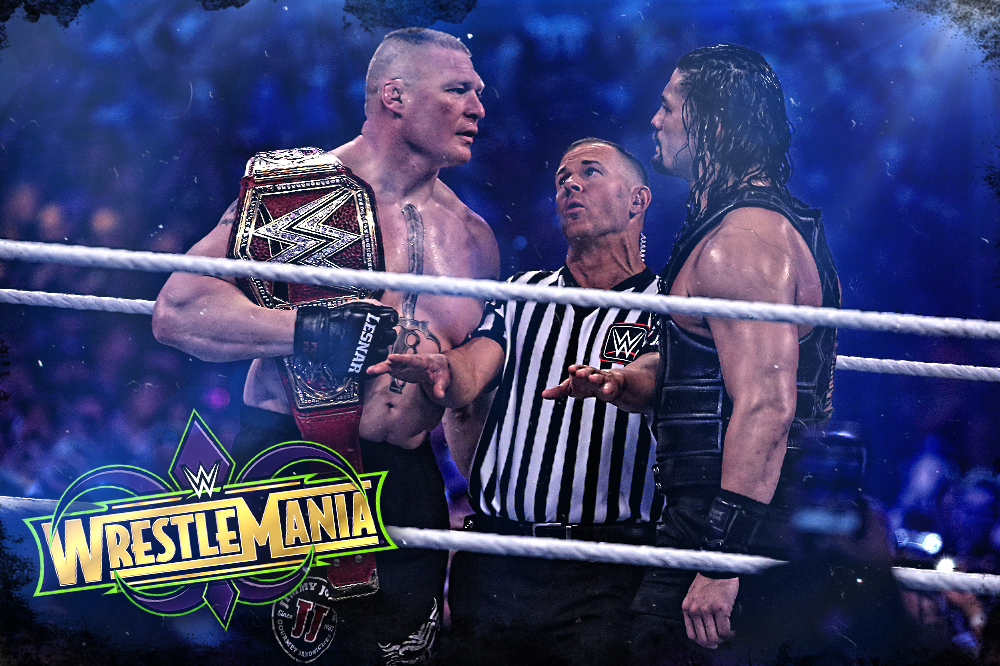 April 8, 2018 – New Orleans, Louisiana – In the same city where Brock Lesnar conquered The Undertaker’s WrestleMania Undefeated Streak, our boss Paul Heyman‘s client has done it yet again. Lesnar shocked the WWE Universe with a pinfall victory over challenger Roman Reigns in the main event of WrestleMania 34, bloodying the challenger with vicious unprotected elbow smashes and finishing him off with an F5. You can check out our full coverage of the bloody, epic main event HERE!