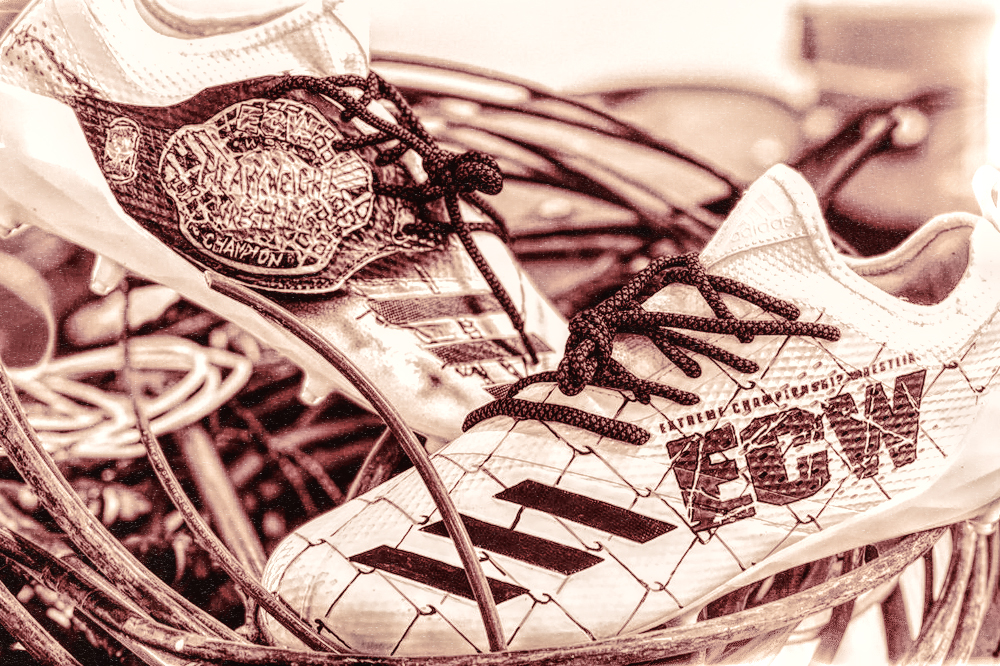 Stefon Diggs, the wide receiver for the Minnesota Vikings, didn’t just show up in Philadelphia for the Vikings’ game against the Philadelphia Eagles, he showed up with a tribute to the city from which ECW was born. Diggs showed up in ECW cleats!

What better way to celebrate a stay in Philadelphia than by paying tribute to the house that hardcore built? Minnesota Vikings wide receiver Stefon Diggs made that notion clear on Sunday when he debuted a pair of Extreme Championship Wrestling-themed cleats, designed by Mache Custom Kicks, in a game against the Philadelphia Eagles … The Vikings went on capture a 24-21 victory against the home team. In addition to Diggs’ numbers on the board, the 24-year-old also scored points with many ECW fans, as well as some extreme legends.

The ECW promotion, the counter culture phenomenon that took professional wrestling / sports entertainment to the EXTREME was where our boss Paul Heyman solidified his revolutionary status as the Mad Scientist, creating some of the most memorable characters and moments of the 1990s and being the inspiration behind WWE’s “Attitude Era.”

We’re HustleTweeting about Stefon Diggs, and you’re more than welcome to join the conversation by following the Hustle on Twitter HERE or by hitting LIKE on our hyper-interactive Facebook page HERE!