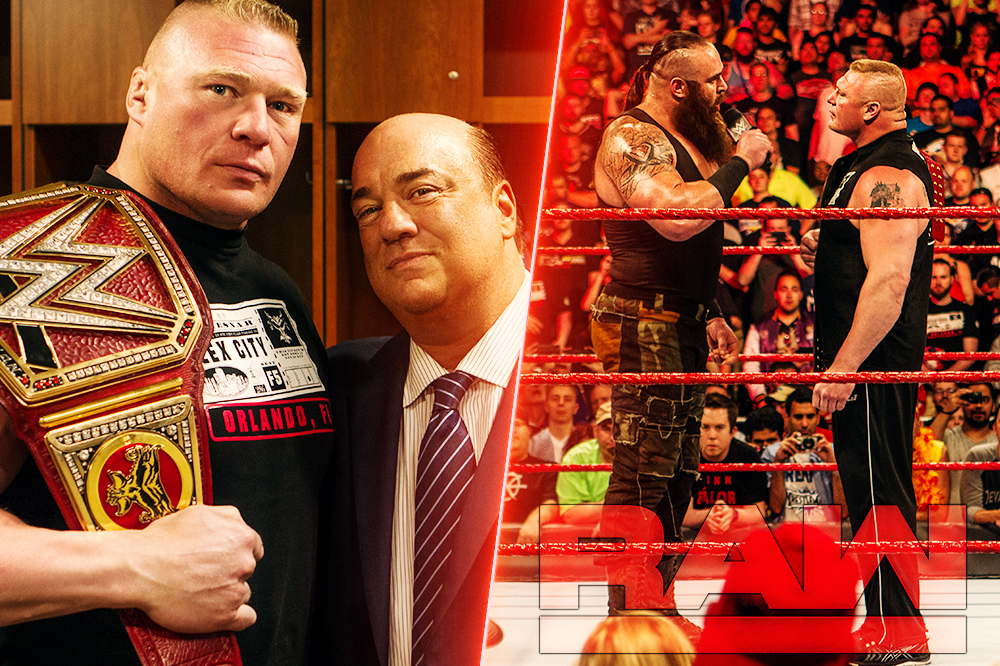 When Brock Lesnar conquered Goldberg for the Universal Title at WrestleMania, it set the stage for Paul Heyman to declare a new era had started in World Wrestling Entertainment. Our very own Ary Dalton was on hand for that historic proclamation in Orlando, Florida during the Monday Night RAW after WrestleMania, and submitted this photo essay, which is EXCLUSIVE for The Heyman Hustle.

We’re HustleTweeting about Brock Lesnar and Paul Heyman, and you’re more than welcome to join the conversation on the Hustle Twitter HERE and also on our hyper-interactive Facebook page HERE!