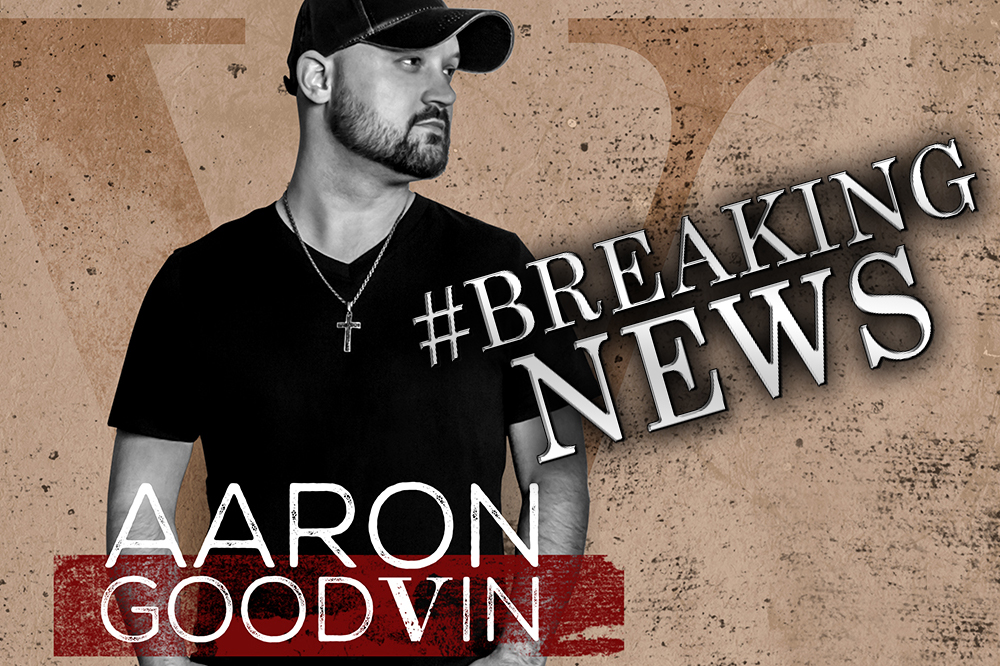 Aaron Goodvin has four big celebrations this week. Today is the day that his sophomore album, V, is released to the world. The album features the song “You Are” which, earlier this week, became Aaron’s first #1 single at Canadian Country Radio. His first single in America was shipped this week. So, what’s the fourth celebration? Valentine’s Day, of course, which he celebrated with his wife Victoria, the inspiration for so many of his songs as well as the album’s title.

“I’m so excited about the sound of this album and the songs that are on it,” says Aaron. “The sophomore album release is an important time in any artist’s career and it’s hard to even describe what it means to me to be at this point. It’s definitely something I’ve always dreamed about. I can’t wait for the world to hear this record.”

Having moved from Spirit River, Alberta to Nashville, Tennessee, Aaron Goodvin first cut his teeth contributing songs to artists like Luke Bryan, Jon Pardi and Cole Swindell. Aaron broke out on his own with the 2016 release of his self-titled debut album.

In addition to proving himself as a first-rate songwriter, Aaron has a natural ability to light up a stage, connect with his audience and deliver a show-stopping performance, whether it’s a small intimate gathering or a crowd of thousands.

Good Ol Bad Days
You Are
Bars & Churches
Serious
For The Life Of Me
Burn Out In Vegas
Free Beer And Free Bird
Every Time You Take Your Time
Kill A Kiss
Take It To The House
Lonely Drum 2.0

We’re HustleTweeting about Aaron Goodvin, and you’re more than welcome to join the conversation on the Hustle Twitter HERE and also on our hyper-interactive Facebook page HERE!